Drugstore eyeshadow palettes have a history for leaving us wanting more, am I right? Sure, there are several that hit it out of the park, but you have to go through a lot of toads to find the one. 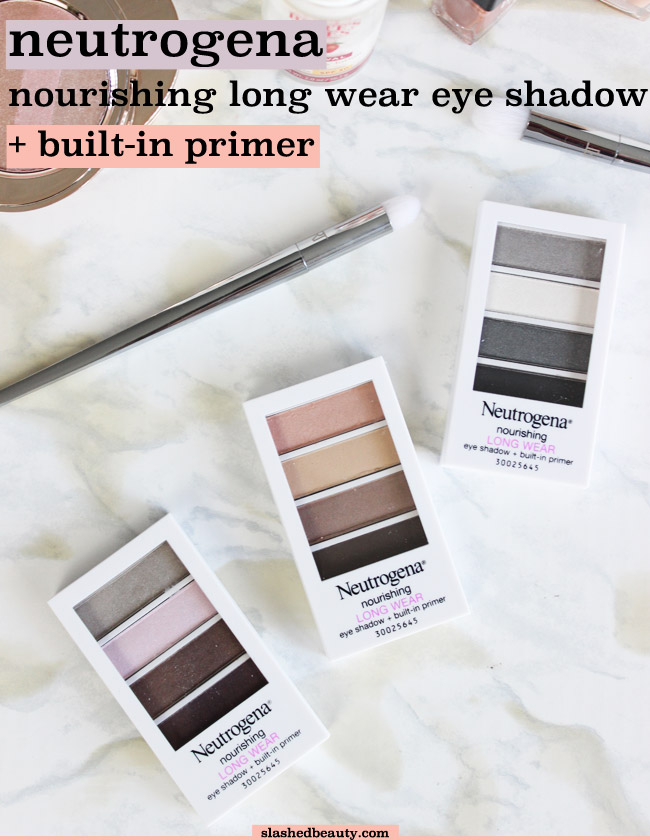 The first I heard of the Neutrogena Nourishing Long Wear Eye Shadow + Built-In Primer palettes was when I posted about how my friend Heather found one of them to be a good dupe for the Naked Basics palette here. Her description of the shadows intrigued me enough, and the fact that the shades were so close really had me itching to try them.

I got my hands on three of the palettes, which each house four shades that you can get a couple cohesive looks from. Left to right below are: Cool Plum, Classic Nude, and Smoky Steel. Obviously all that look great for fall, am I right? 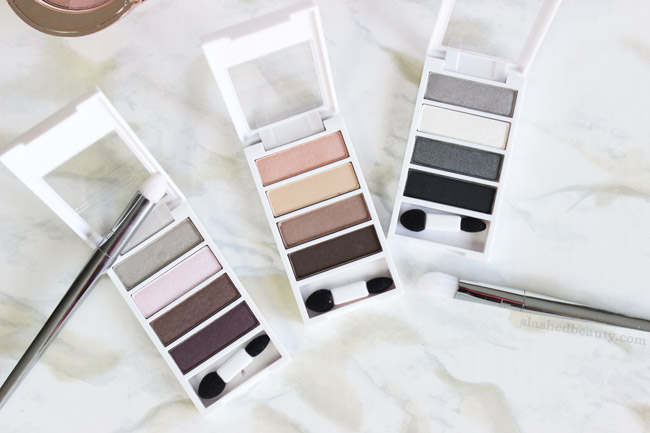 So I’ll be straight up, I was not expecting to be as wow-ed by these as I truly was. The first thing that hit me was the texture. The shadows are incredibly creamy, soft and buttery, so different from what I’ve come to expect out of the drugstore. There were maybe two shades out of the three palettes that were almost too soft (which led them to be more crumbly) but the rest were stars. They blend out and together so easily, making them nice to work with and fun to mix shades from the different palettes. 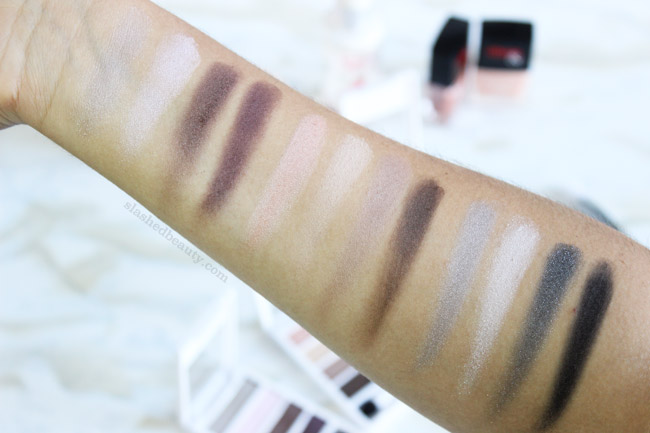 Pigmentation? On point. The texture definitely lends itself for easy product pickup and it doesn’t take a lot of layering to get the shades to their full potential. Even the lighter shades held their own on my tan skin. Smoky Steel definitely had the most color payoff out of these three palettes, and I’m loving the matte black that came in it!

Alright so let’s address the elephant in the room: these shadows are made with a “built-in primer” that claims to make them last up to 12 hours. I have moderately oily lids, and when I wore these with nothing underneath as prep, they had pretty much completely disappeared after 12 hours. With primer though, they stayed put and looked great even after my long day. This would have been cool in theory, but they’re still great shadows that definitely outperform others in my collection so I don’t mind going through my normal prep to make them stick. If you don’t have oily lids, maybe they’d work on their own but I’ll just use them like I use all my other shadows. 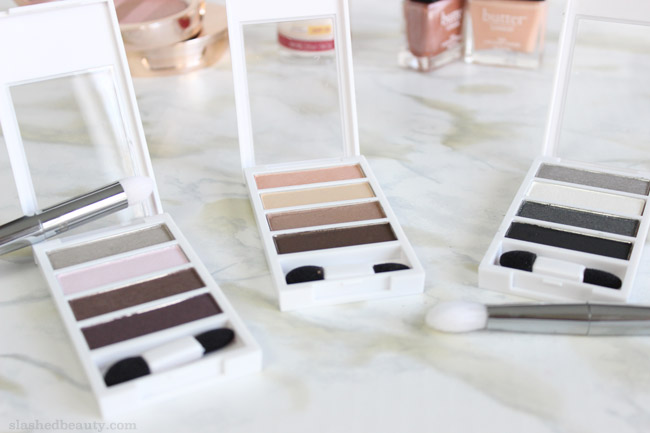 The Neutrogena Nourishing Long Wear Eye Shadow palettes go for around $8 in drugstores, which I feel would normally be a bit steep for a quad, but the texture is so similar to high end brands like Urban Decay that I personally think it’s a steal. I’m kicking myself for not giving these a chance sooner!

What has been your biggest drugstore surprise?