It has officially been three months since I started using the Tria Hair Remover Laser 4x and this is going to be my final review on the device and my experience. 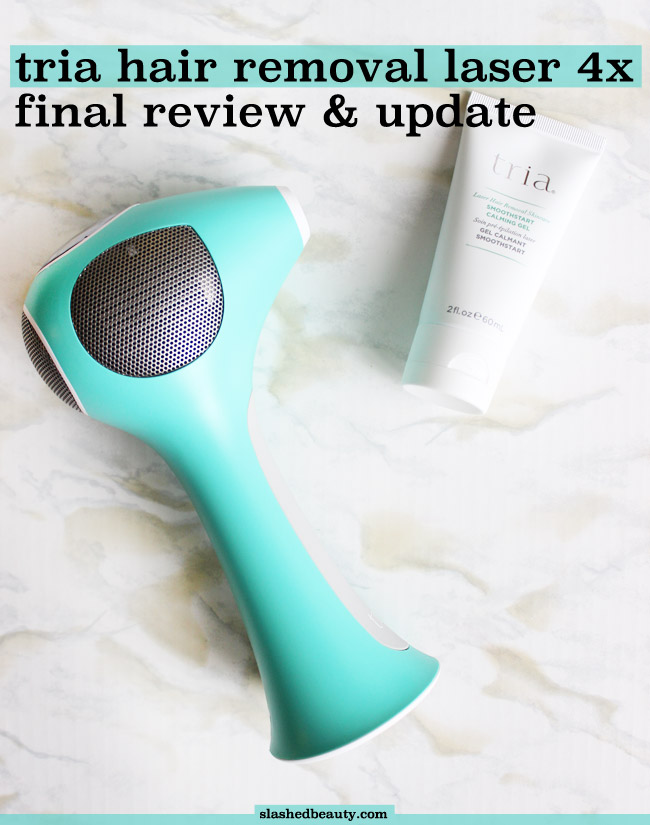 The laser is to be used once every two weeks, increasing the level of intensity with each treatment if you can take it. Out of the five levels, I’ve only been able to handle up to 3 because of the stinging sensation getting stronger with each increase. Doing the treatment immediately after shaving will make the sensation feel less painful, so I try my best to block out enough time to shave and use the Tria. 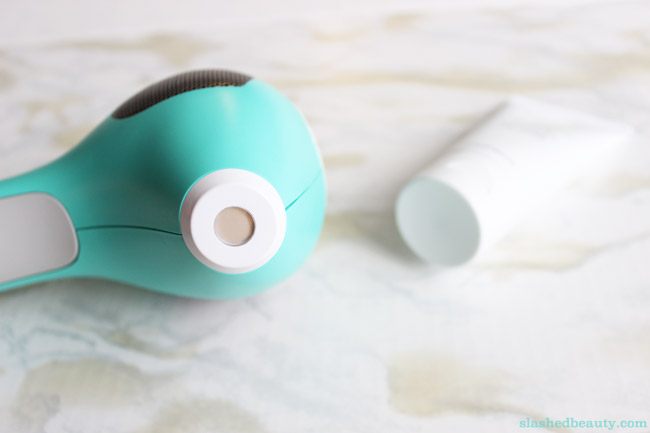 Speaking of time, doing just the bottom portion of my legs (knee and below) takes about an hour because the actual laser is so small. Maneuvering the large device can be awkward and my arms get tired after a while, but I usually distract myself by watching TV.

As I mentioned in my last update though, you can’t afford to get too distracted or you might end up with patchiness like I did. Because it’s hard to see exactly what you’ve already hit with the laser already, it’s easy to miss some spots. So right now I have a lot of spots on my leg with hardly any hair growth after three months of treatment, and I have some patches where the hair is thinner but still definitely growing.

What I might do to remedy this is let my hair grow out a bit, circle the missed spots in washable pen and then I’ll know which places to focus on for my treatments… that way I don’t have to spend an hour going up and down the entirety of my leg when I really only need to hit a few spots at this point in my treatments.

With that said, the parts that I have repeatedly hit are hairless, no doubt about it. With the patches I’ve been missing, the hair has thinned and growth has slowed enough that I can go about two weeks without shaving before the hair becomes really noticeable. 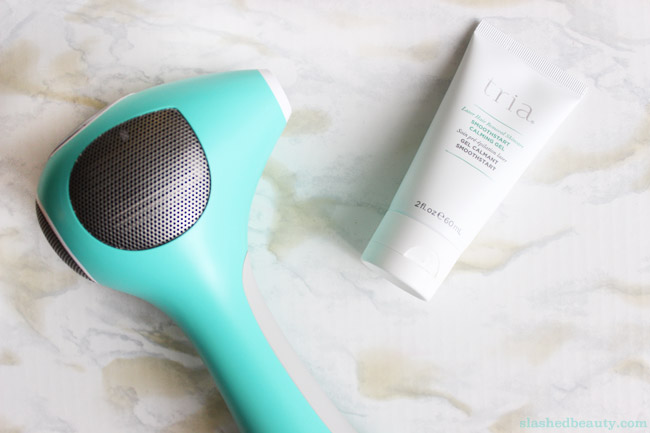 I suspect that once I try my spot treating method, I’ll be able to stop shaving for months at a time. The hair follicles are officially supposed to deactivate after 3 months but Tria does say you may have to do touchups here and there down the line, which is why it’s more economical to have the device at home than to do this in the office.

For the investment, if you really take the time to stick to the treatment schedule and follow the directions, this can be a fantastic alternative to in-office laser treatments. Not only are they more convenient to do at home, but you’re going to be saving a ton of money on the process and shaving supplies you won’t need anymore.