Another month has passed and I’m about two thirds through my Tria laser hair removal treatments. In case you’re just tuning in, I’ve been using the Tria Hair Removal Laser 4x on my legs. Last we checked in after one month, I let you know how I was seeing a noticeable difference in the amount of hair that was growing back. Since then, I’ve gone through two more treatments and have some more observations to share, as well as some quick tips if you’re also doing laser hair removal at home. 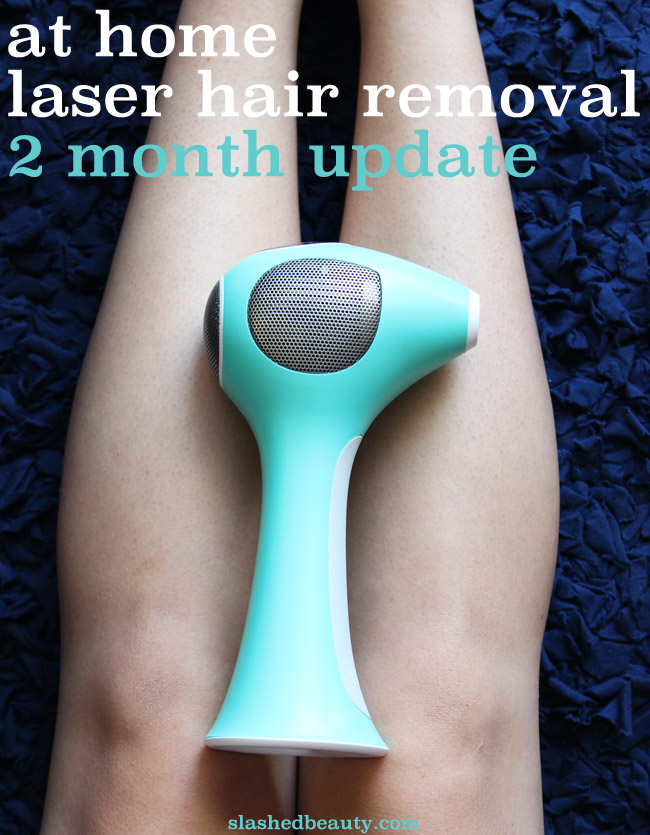 Over the past two months of using the Tria, the hair I’m targeting on my legs has definitely started to grow more slowly. What used to show up after only three days is now the amount of hair present after a week, which definitely saves me time, products and water in the shower.

Recently after taking a close look, I saw some patches that look exactly the same as they did a month ago, and other areas that are nearly hairless. I’m thinking this is proof that I still need to slow down when using the laser, being careful to not skip over any spots. I think I’m going to let my hair grow out a little more before shaving next so I can see the spots I need to pay extra attention to more clearly. I suggest if you’re also doing at home laser hair removal, don’t shave so often between treatments so you can see how it’s really affecting the hair and if you also have to change up your technique. 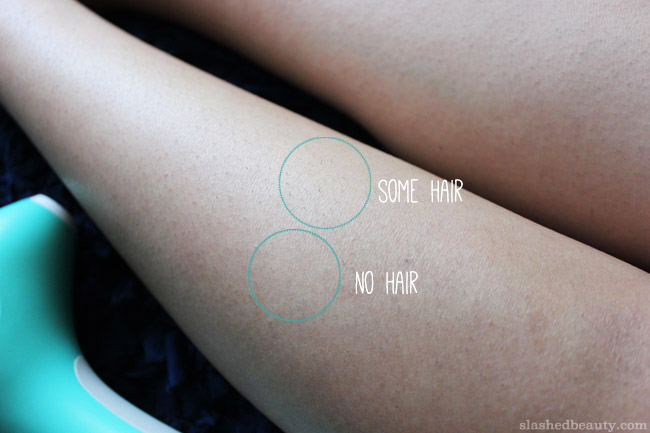 I haven’t been able to up the level from 2 yet on the laser. During my last treatment, the sensitive areas were stinging quite a bit, so I didn’t think I was ready for level 3. I’ll try it out for my next treatment this weekend, especially since some areas obviously have some catching up to do.

All in all, it seems like the areas I am consistently hitting with the laser have very little hair growing back. Now it’s just a matter of making sure I’m getting every inch during my next few treatments. I’ll check back in one more time after another two sessions, which will mark a full three months of using the Tria.

Do you have any tips for at-home laser hair removal?