I’m going to take a wild guess and say that if you’re a woman, shaving comes as a second nature to you. A pesky one at that, and sure we may take a hiatus during Winter (tell me I’m not the only one…), but it’s just something we do.

Why do we feel that we must practice the monotonous chore of removing the hair we naturally produce? Of course, we have the fashion industry to thank for this part of the beauty ideal (again). According to Mental Floss, the practice of removing body hair among women only started in 1915. Prior to that, underarms and legs were considered racy, and were never seen in public anyway. However, with the invention of the sleeveless dress, and the Harper’s Bazaar ad that declared that women would first need to remove “objectionable hair” to wear one, shaving slowly became the norm. Gillette marketed their first razor for women in 1915 reinforcing the idea that shaving body hair was feminine and sanitary. This message has been repeated all the way to present day, like in this [debatably sexist] Veet ad:

According to an internet study done in the US that surveyed over 2,400 women, one of the most common answers as to why they chose to remove body hair was the desire to feel more attractive. One London-based artist has a very different view of body hair on women. 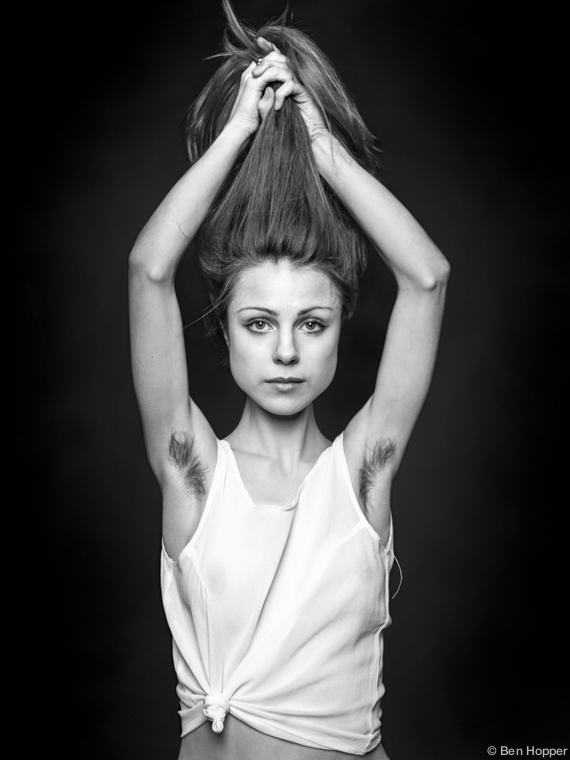 Fully aware of the constructed standards for conventional beauty, Ben Hopper started his “Natural Beauty” project in 2009, showcasing beautiful women flaunting their armpit hair. Juxtaposing the models’ made up faces and their underarm hair, he wanted to show that body hair and beauty are not mutually exclusive. 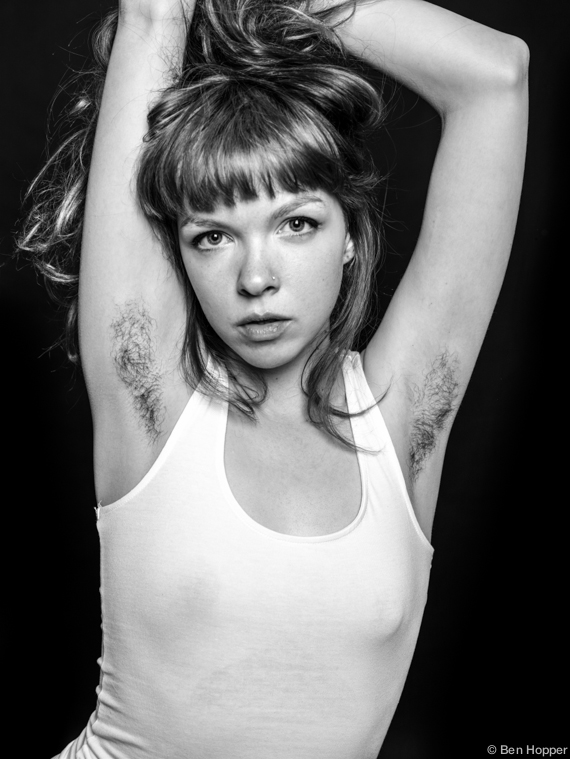 In an interview with The Huffington Post, Hopper explains, “I don’t want to say that I want women to start growing their armpit hair, I just think that it’s a possibility and people shouldn’t dismiss it. I’d like people to just question the whole thing.” 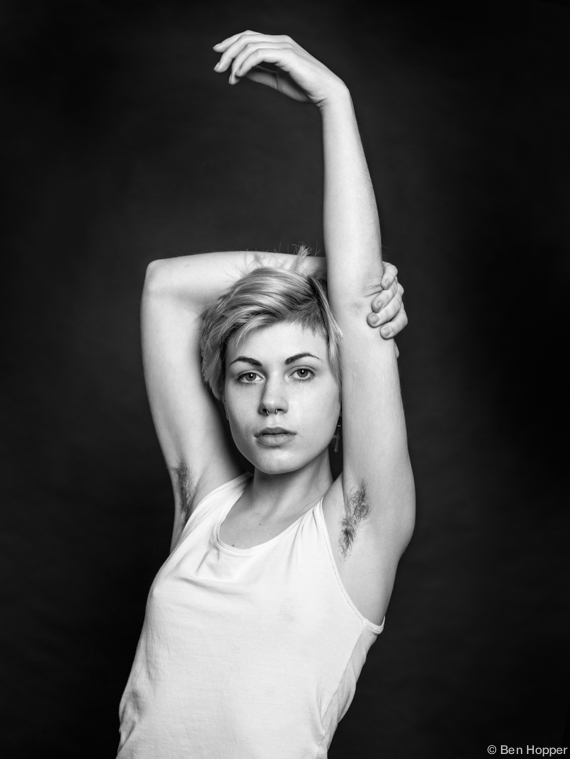 Hopper personally finds natural beauty to be empowering and sexy. “You need an attitude to be a female with hairy armpits nowadays. Anyone who is willing to take crap from a lot of people for it is, to me, an attractive and strong person.” He bluntly clarifies, “I don’t find waxing or shaving that sexy most of the time.”

You can view the entire “Natural Beauty” project on Hopper’s website.

What do you think of the photos? Do you ever think you’d stop shaving– and for longer than just winter?