You all know that I struggle with nail polish. Painting my nails is one of my favorite pastimes— it relaxes me and forces me to just stop being a busybody. But even when I get through painting my nails without smudging, it usually doesn’t take very long for chips and cracks to show up. I guess I’m harder on my hands than I think. Between typing all day, playing with (and opening) makeup products, and mundane things like washing dishes, my lifestyle is usually no match for polish. 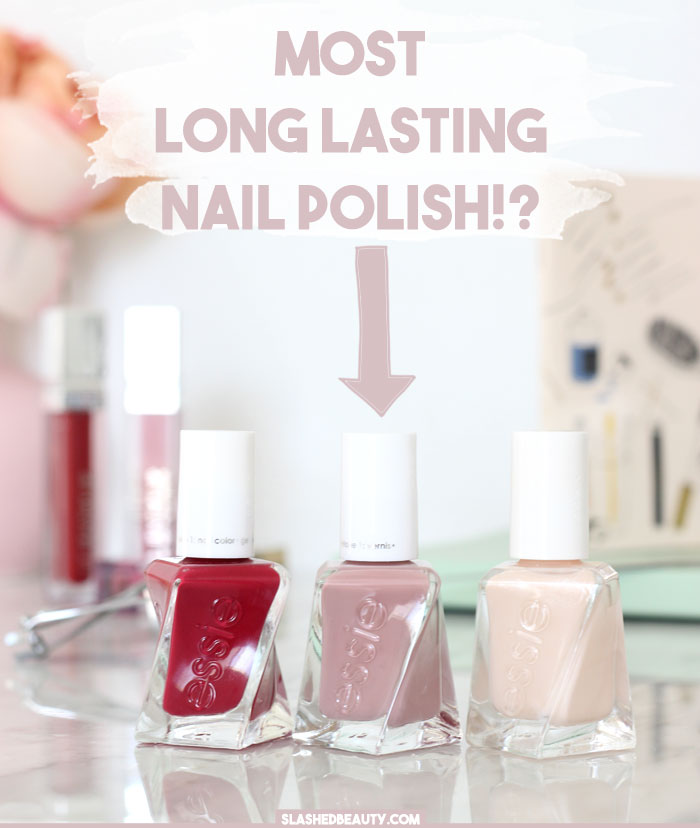 The first and only time getting a gel manicure at the salon was when I was going on vacation for 10 days and didn’t want to worry about touching up. I didn’t feel like it lasted all that much more than a normal salon manicure, though. Plus, when I took the manicure off, my nails were just short of wrecked. They were thin, flimsy, and breaking left and right. Since then, I’ve tried a few at-home “gel” polish systems that don’t require curing under a lamp. I’ve looked at both ends of the spectrum, trying CVS gel polish and Sephora’s own system . Both were disappointing, and the search continued. 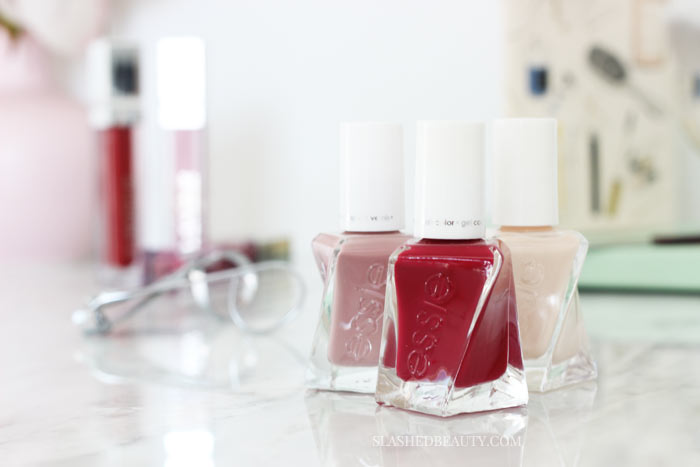 Believe it or not, my first bottle of the Essie Gel Couture polish was sent to me and stored away in a drawer for months. I wasn’t interested in being let down again, so I didn’t take the chance. Boy was I wrong.

Recently on a video shoot, I had a set manicurist use the Gel Couture on me to create an edgy nail art design. This was on a Tuesday morning. I was so obsessed with how it came out, and was hoping it would last through the concert I was attending that weekend.

Day after day, I was surprised to see the manicure lasting. Even the negative space stayed looking crisp and fresh. A full 7 days later, I was only seeing wear on the very tips of the nails. It took another couple days for chips to show up when I finally removed the polish. And you know what I did? I went out and got more shades for my next manicure. 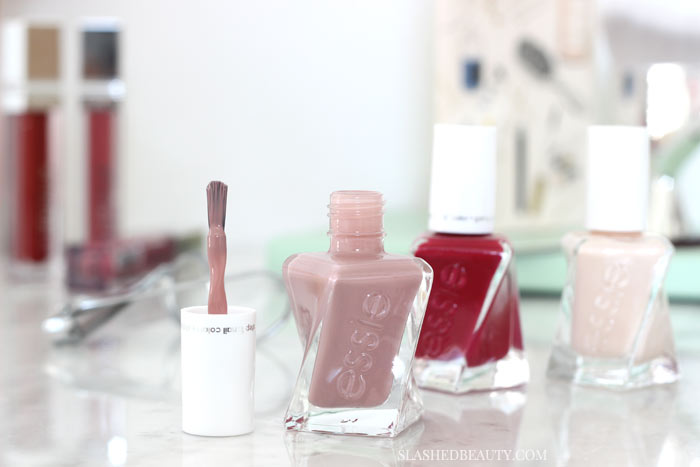 The Essie Gel Couture polish is a 2-step system— no base coat needed. I like that it’s streamlined and makes achieving a great looking manicure even faster. The first step is the Luxurious Couture Color, which is pigmented and streak-free. I find it to be just the right consistency— not too runny, but you’re still able to get thin coats. It also features a swirl stem brush that I find helps mix the polish for me while also preventing too much product dripping from the brush. The shape of the brush itself is perfect to cover almost the whole nail in one swipe, and gives a lot of control. 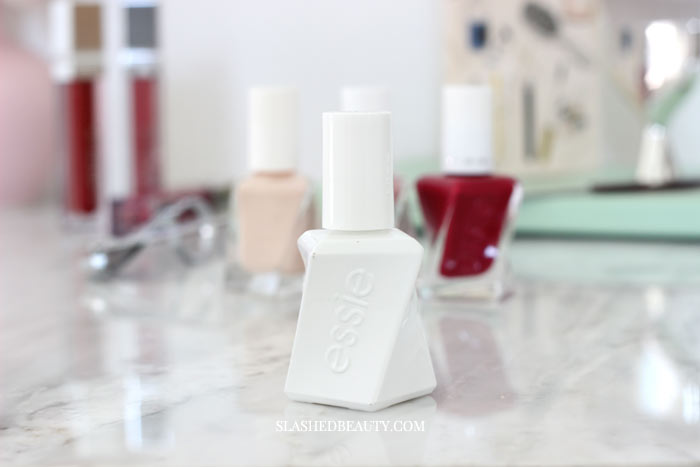 The Flawless Gel-Like Top Coat come in the opaque white bottles. It gives an ultra-glossy finish with “shatter-proof, hard shell technology” to help extend wear up to 14 days. It’s also pretty quick to dry, which I appreciate as I get way too fidgety waiting for my polish to dry.

The three shades I currently own are: 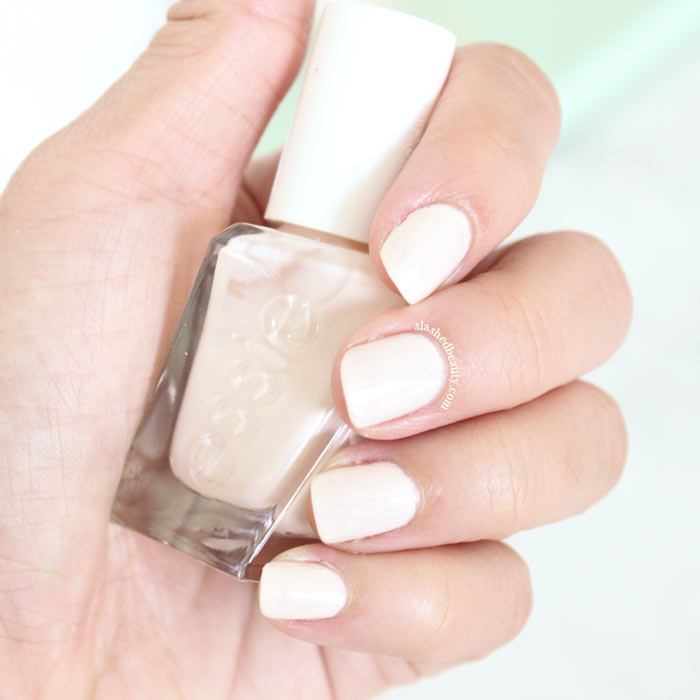 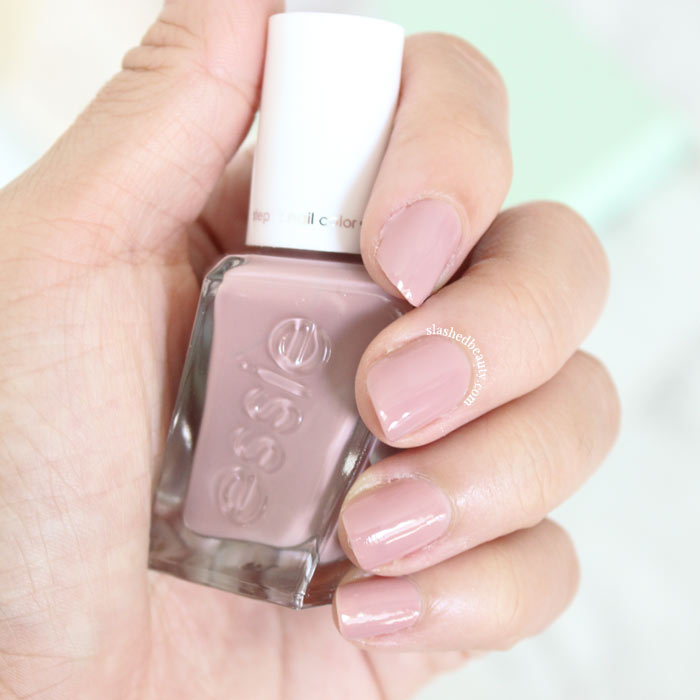 The perfect medium dusty mauve. One coat coverage shown above. 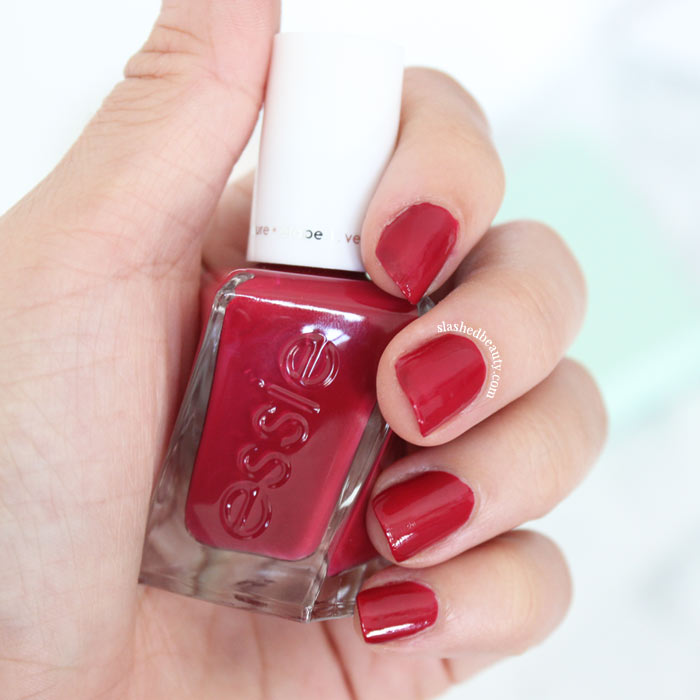 Bubbles Only is described as a burgundy, but I wouldn’t go farther than saying it’s a dark red. Still gorgeous though! One coat coverage shown above. 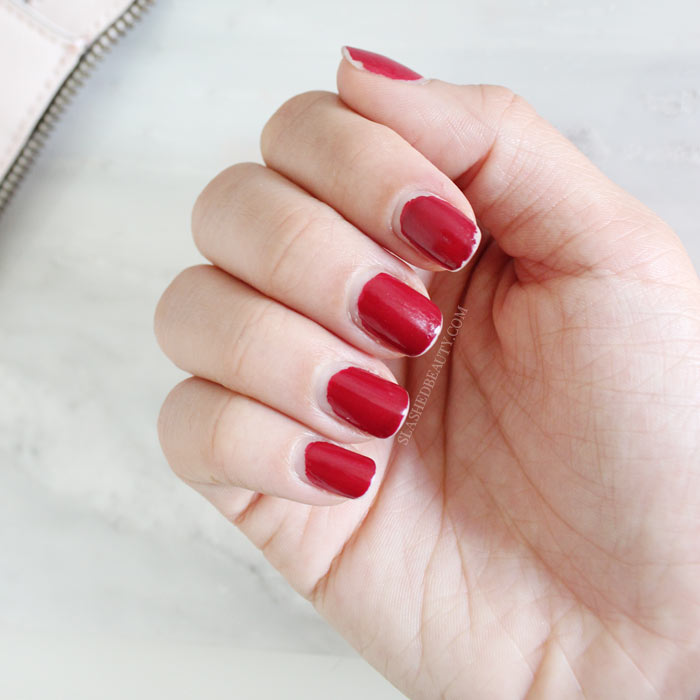 After I took the initial swatch photos for this post, I left Bubbles Only on my nails for an official test. Above is what my nails looked like after one week– on my right (dominant) hand. As you can tell, the cuticles are obviously grown out. Other than that, though, only the tips are worn.

While I’ve never reached the full 14-day potential, the Essie Gel Couture is still the only nail polish that has lasted longer than a week on me that I can remember. And it doesn’t just last, but it looks good. There’s a difference. It’s a little pricier than their standard polishes at $11 a bottle, but to be honest, it’s worth it. I’m not wasting product by redoing my manicure frequently, and I don’t have to babysit my nails. I can just live my life… with great nails!

You can find the Essie Gel Couture polishes pretty much anywhere Essie is sold. I pick mine up from Ulta Beauty.

Have you put the Essie Gel Couture to the test?