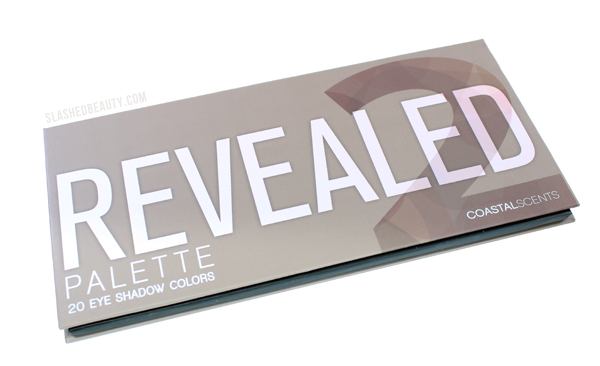 A few weeks ago, I reviewed the highly requested Revealed palette from Coastal Scents. Right around that time, the brand released the much anticipated sequel: Revealed 2. The first collection of 20 eyeshadows quickly became popular, not only for the low price point, but the close resemblance to shades from Urban Decay’s Naked 1 & 2 palettes. You can probably guess where the inspiration may have come from for Revealed 2 at first glance. 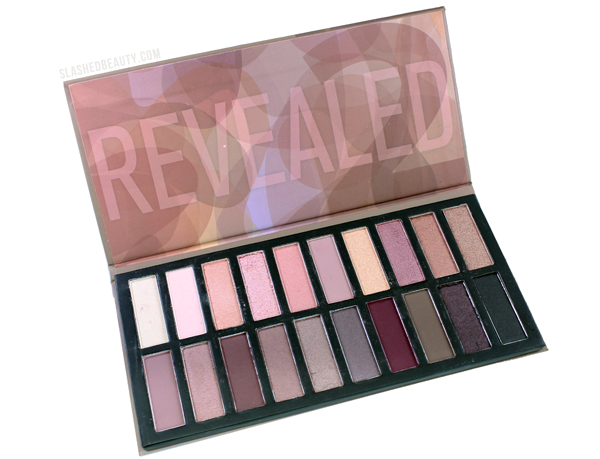 The general theme of Revealed 2 is warmer browns and pinks. The 20 new shades come in the same cardboard packaging with a magnetic closure. Again, I really wish there was a mirror on the inside, purely for travel purposes.

Overall, the pigmentation of the shadows has improved since the first Revealed palette. While the lighter shadows are still somewhat powdery, they do lay down more color. The improvement of the matte black shade is most noticeable between the two palettes; this one is so much smoother and richer. 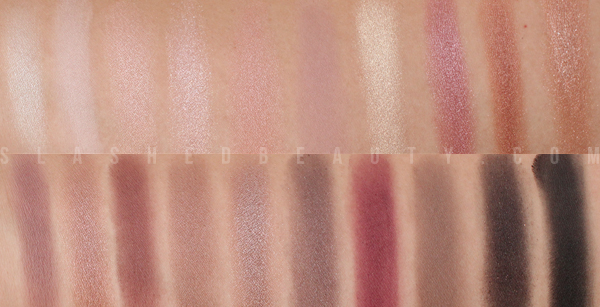 This time around, we see a better balance between matte and satin finishes (2 more mattes!), but with the addition of a few sparkle shades. While I appreciate the added variety, the glitter in the sparkle shadows is chunky and makes application patchy; they need a few layers to look smooth. Hopefully they will improve upon these as they did with the other shades, which are silky soft.

After browsing what seemed like hundreds of swatches, I’ve identified a dupe, or very similar shade, for each shadow in the Naked 3 palette to exist in Revealed 2. To be honest, I think the variety in Revealed 2 is better than Naked 3, with the presence of a couple taupes to relieve us from too many rosy colors. Check out my dupe map below: 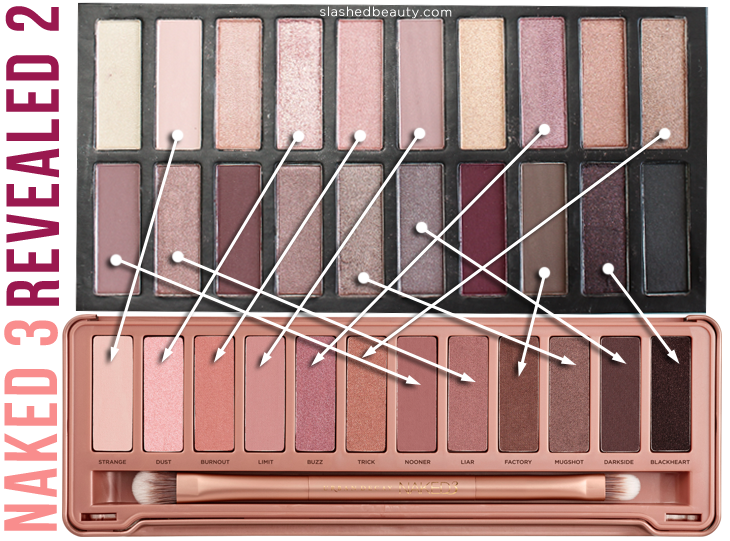 I can feel your burning question through my screen: so which palette do I like more? I’m surprising even myself when I say I’ve been gravitating to Revealed 2 more than the original. I wholeheartedly believe the addition of the two matte shades does a world of difference, opening up more look possibilities. Of course, if you don’t like rosy shades, or prefer cooler shadows in general, the original Revealed palette will be more up your alley.

The Revealed 2 palette is available for $19.95 on CoastalScents.com. You can sign up for price alerts to be notified when it goes on sale (which the original occasionally does, for half off).

Which of the two do you fancy more?