I won’t beat around the bush: me and natural deodorant usually don’t mix. I’ve tried a couple brands in the past, and none have been a match for even my least active days. After several hours, I usually end up smelling like lavender and B.O. I’ve even had some skin irritations to natural deodorants in the past, with itchiness and peeling. Needless to say, I pretty much wrote them off a few years ago. 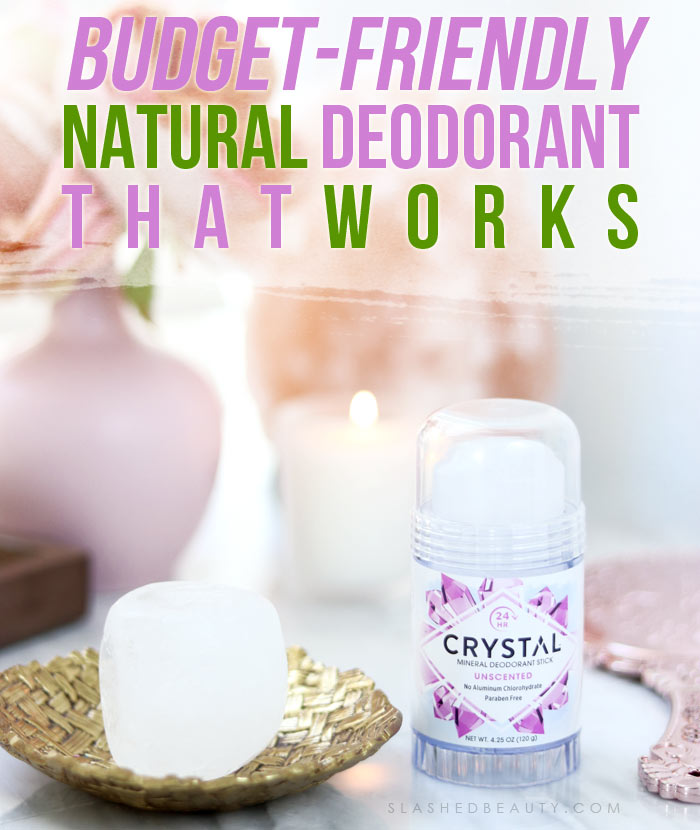 But when I heard about Crystal Mineral Deodorant, I was curious. Call me a sucker, but I was definitely drawn in by the cute packaging (or lack thereof!). The deodorant really does look like a crystal— it’s made of mineral salts that have been smoothed out so that it glides on the skin when wet. The idea is that the mineral salt creates a barrier against odor-causing bacteria without stickiness or white marks. It’s made without aluminum chloride, chlorohydrate, zirconium, parabens or fragrance. It’s vegan, cruelty free, and is supposed to provide odor protection up to 24 hours. In the unscented versions that I tried, literally the only ingredients listed on the packaging is the mineral salts, so this is as natural as you can get! With this, you can fight body odor without blocking your pores. Plus, the full size product, which only costs around $7, can last you up to a year. A YEAR!

A little anecdote that may sound nasty but I feel like I have to tell. When I was in high school, I developed a cyst under my arm due to a few blocked pores and hair follicles that needed to be drained and stitched up. That’s when I started looking into natural deodorants but hadn’t found much luck… until now! 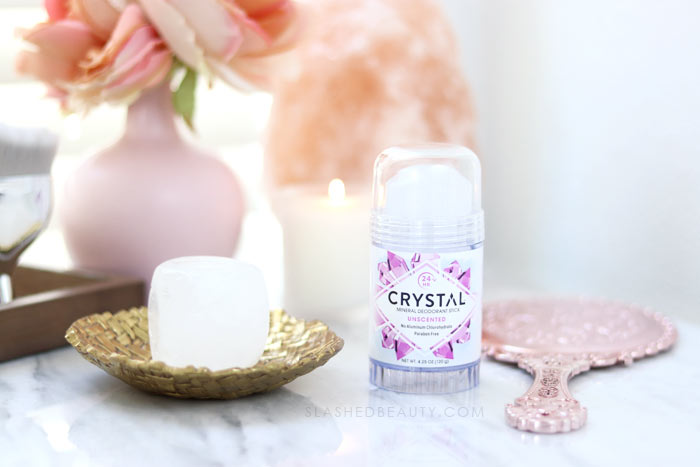 Crystal Mineral deodorant comes in two forms: a twist-up stick and a whole stone. The twist-up has the stone inside the plastic packaging that you can push up as it wears down, while the stone is literally just the salt rock itself and comes with a dish for storage and display (not the one in the photos– that’s just a ring dish I had lying around, haha). I’ve personally been using the stone on its own, but brought the stick with me traveling during our anniversary vacation for convenience.

So, let’s cut to the chase: it’s important to know that this is not an anti-perspirant, so if you’re someone who experiences excess sweat, this is probably not going to be the deodorant that fits your needs. I will say, and I don’t know if this is in my head, but I felt like I still sweat less wearing this vs. not wearing anything at all. Either way, if you are looking for a natural deodorant that actually works at blocking odor, this is it! FINALLY! 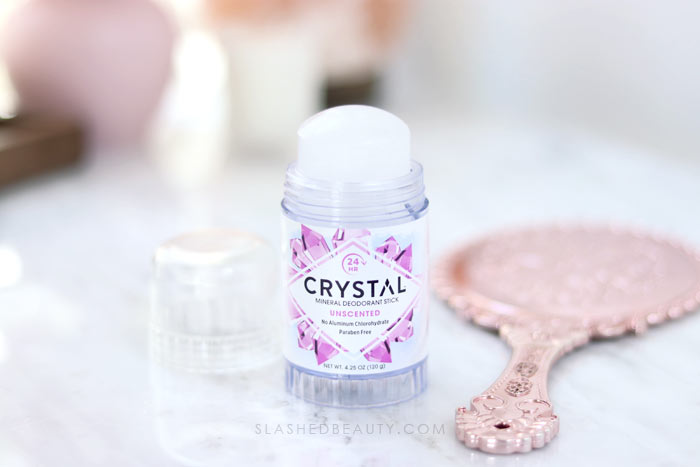 I was shocked at how well this worked for me. I wore it out for a night on the town, I wore it while I ran a 5k, and I wore it during a bootcamp fitness class. After each test, I smelled… nothing. Since they’re unscented, you don’t get that whiff of floral fragrance to know it’s working, but the fact that I just smelled like fresh skin was a relief and surprise. I actually never even realized how overpowering my normal deodorant’s fragrance was until I started using unscented. 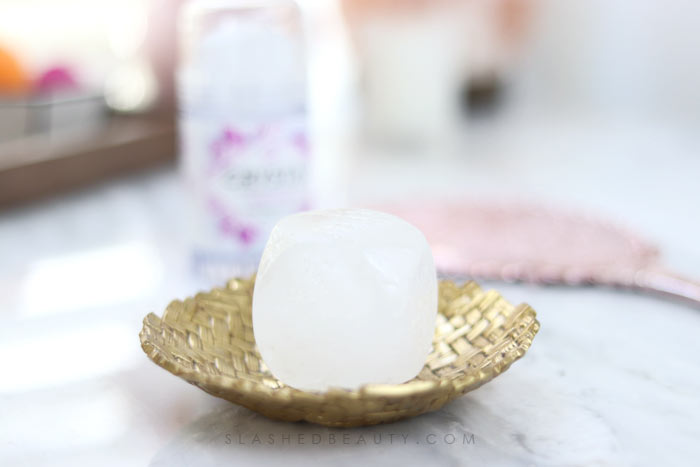 Before you apply the Crystal Mineral Deodorant, you have to wet the top of it so that it can glide across your skin and create the barrier. It doesn’t stain the clothing at all, and I usually either apply it when my clothes are already on or get dressed immediately after. The need for water hasn’t been an issue yet but I could see how perhaps that could be a burden if you’re trying to apply on-the-go. Other than that, there have been absolutely no downsides to this product. 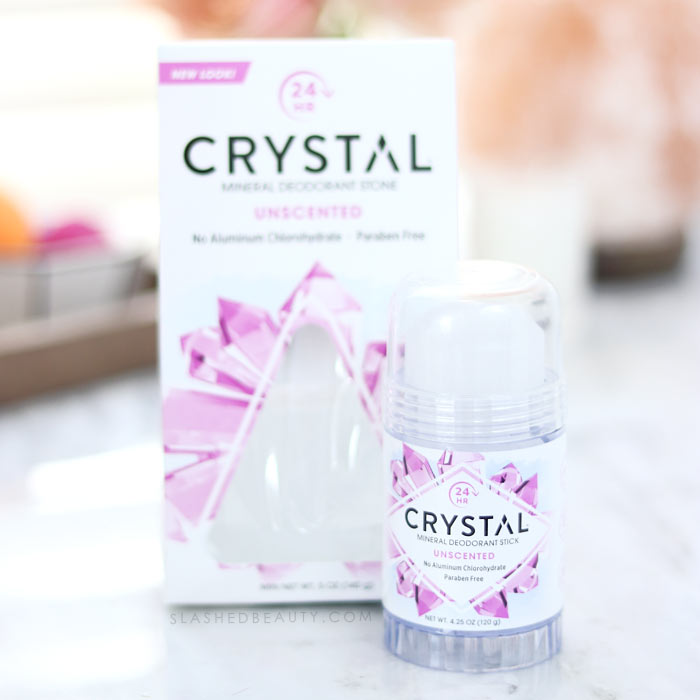 I am so over the moon about discovering this natural deodorant that actually works. The brand also makes natural deodorants in more traditional versions like invisible solid and liquid rollerballs, but I think I’ll stick with the unscented stones because they’re longer lasting and I don’t have to worry about white marks— fashion’s biggest foe!

You can find the Crystal Mineral Deodorant on Amazon.

Have you ever tried natural deodorant?