New York Fashion Week has come and gone, but one designer’s runway show is making waves that will hopefully last longer than the trendy fads do. Carrie Hammer has made headlines with her choice of models in the past, and this year was no different.

The designer, whose philosophy states, “Dresses should be made to fit the woman, not the other way around,” has long put an emphasis on using role models in her shows rather than runway models. Back in February, Carrie featured Dr. Danielle Sheypuk in her show, the first-ever runway model in a wheelchair. Making the decision to let Dr. Sheypuk sport her latest designs was an easy one for Carrie. “I honestly didn’t even think twice about it. Danielle is a good friend of mine,  a doctor and a sex therapist. A huge role model in my book who just happens to be in a wheelchair,” she told me in an interview.

“The response was completely and unexpectedly overwhelming. The show and Danielle’s participation went completely viral. We received over 300 emails from women and mothers of daughters with disabilities letting us know how we helped them feel beautiful for the first time. I didn’t even know we were going to do another show until a very inspiring woman, Karen Crespo, wrote me a touching e-mail.” 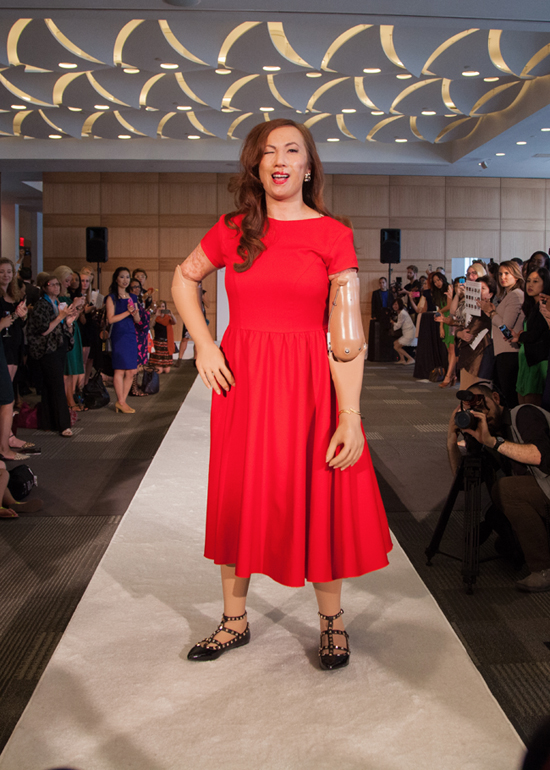 Karen Crespo, a woman who uses prosthetics for all four limbs after a quadruple-amputation, wrote Carrie an email about Dr. Sheypuk’s appearance that she could not ignore. “Seeing her on that runway made me teary eyed because it boosted my self confidence; something I lacked prior,” Crespo wrote. “I was so thrilled and moved that a designer welcomed someone with a disability on the runway. You don’t see that much often and I hope it really open doors for people with disabilities. Beauty comes in all shapes and sizes there’s absolutely no right or wrong.” 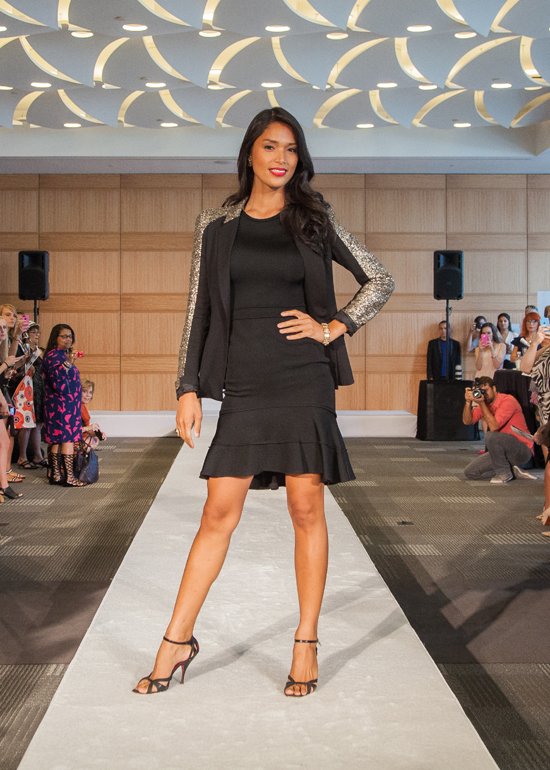 Crespo expressed her “passion for fashion” and her frustration of underrepresentation of people with disabilities in the media and on the runway. Without giving it a second thought, Carrie invited her to appear in her September show. Crespo was accompanied on the NYFW runway by Geena Rocero, a transgender model and activist, Kim Holden who designed and built the Barclays center, and Kara DeFrias, a Presidential Innovation Fellow at the White House. The role models came in all shapes, sizes, and skin shades. 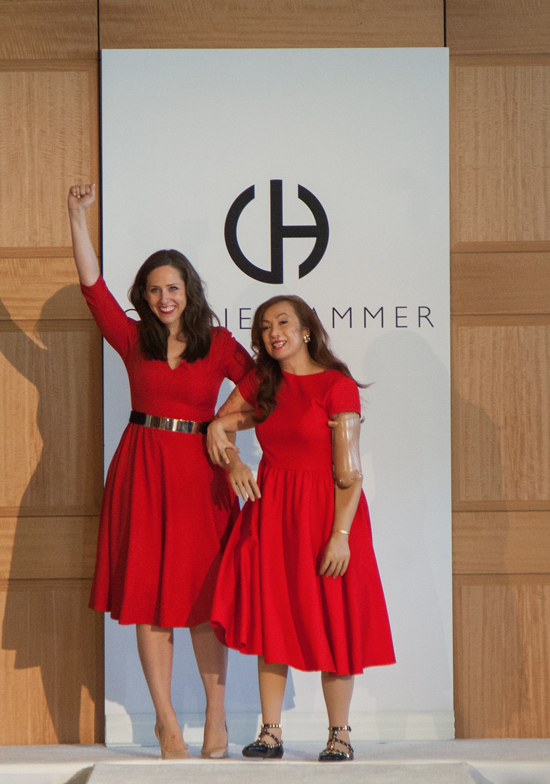 When asked about what needs to change about today’s beauty norms, Carrie replies, “Beauty is completely trend driven and changes from region to region and we are all chasing unattainable goals. We need to shift our mindset and realize that what we need to be focusing on is building up our accomplishments and building ourselves and not trying to mold ourselves to a ‘standard of beauty’.”

Carrie studied Economics and Women’s Studies at UCLA, along with Fashion Business & Marketing at Parson’s. She graduated from the Tory Burch Goldman Sachs 10,000 Small businesses program and has a certificate in Fashion Law from the Fashion Law Institute at Fordham Law School. Her clothing line dresses women for their professional lives, to both empower them and make them feel beautiful. See her designs at CarrieHammer.com.

What kinds of role models would you like to see featured more on the runway?