In partnership with Intimina. All opinions (and obsessions) my own.

If you’ve been an avid follower of mine for while, you may know that as much as I am enthusiastic about beauty, I’m also a huge preacher of using menstrual cups. Menstrual cups changed my life, and you can read about it here.

A couple of the most common questions I get when talking about period cups are: which is the best for beginners, and are menstrual cups good for people just starting their period in general?

First of all, I wish I knew about menstrual cups when I was still in school in the early days of my period. Not sure if I would have been brave enough to try them, but looking back, it would have made life so much easier. No running to the bathroom in the middle of class, discomfort or worrying about leaking during PE… seriously. so much easier. 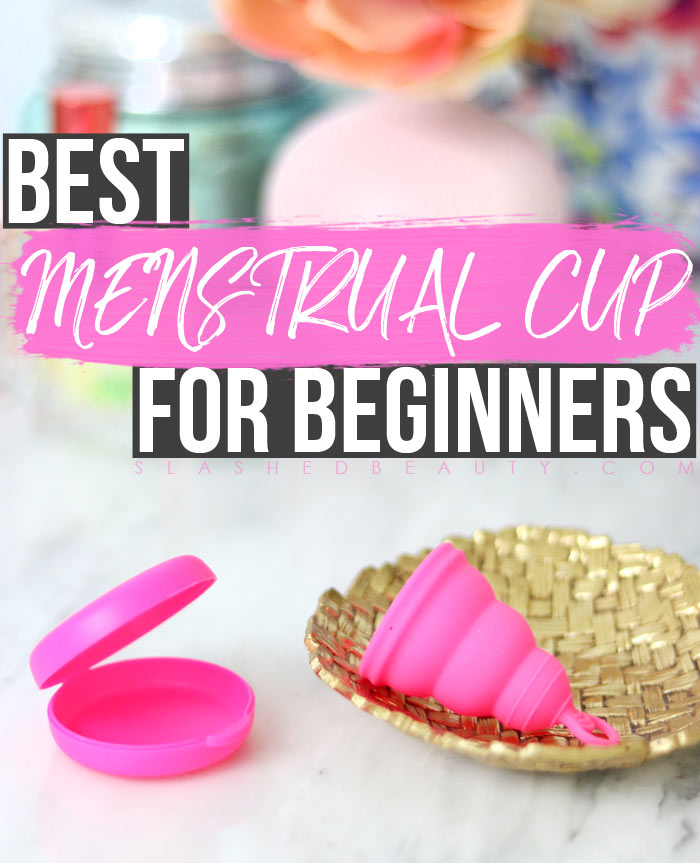 When it comes to which cup is best for you, whether you’re a beginner or you’ve been around the menstrual cup scene for a while, I have to admit that a lot of it will be trial and error. Everyone’s bodies are different— what feels good to one person could be too bulky (or too small!) for the next. The original Lily Cup was the first one I ever tried, and while there was a learning curve, it was still pretty easy to get the hang of for me and seemed to fit my body really well. However, it is on the longer side, which fits my high cervix well but I’ve definitely heard some people talking about how the stem pokes out or being able to feel it toward the bottom. 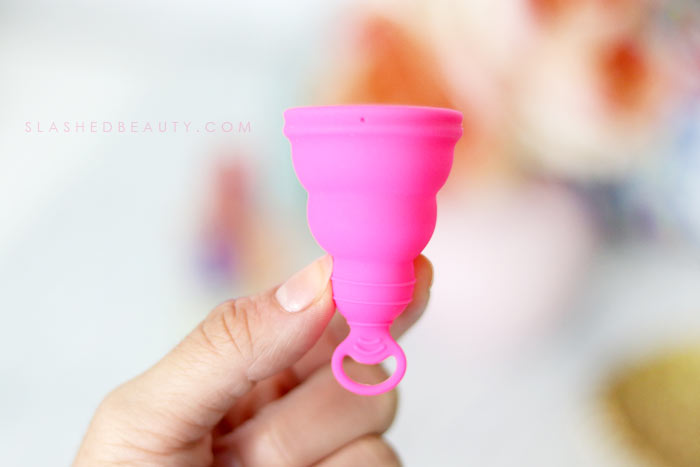 Well there’s a new Lily Cup in town, and I think they totally nailed the design to be beginner-friendly. The new Lily Cup One is not only more petite than the original, but still holds the same 12 hours of fluid! Not only that, but it’s collapsable, which means you can carry it with you inside the included carrying case so you’re always ready for whatever your cycle throws your way. 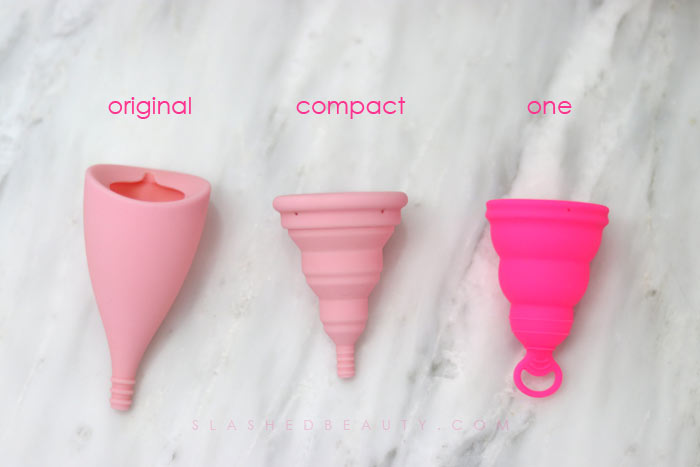 This design may look familiar— it shares the collapsibility feature with the
Lily Cup Compact. I’ve tried the Compact and loved the portability of it, but it was only recommended for 10 hours of use and was a little too flexible for me. I had a hard time getting it to seal once I inserted it, because it wasn’t popping open as easily as the original. With the Lily Cup One on the other hand, we get a firmer and leak-proof double rim with the same soft cup design so that it pops open without much effort once inserted. On my very first try with this cup, I had absolutely no leaks wearing it for the full twelve hours. 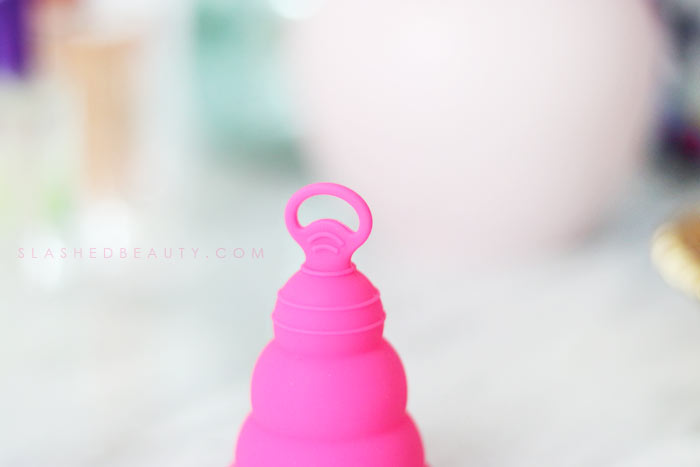 Another great beginner-friendly feature on the Lily Cup One is the pull loop. I feel that it makes removal a little bit easier since you have something a little bit more substantial to grip at the bottom. I usually tug at the loop until it’s slid a bit lower, then break the seal by pressing a finger into the side of the cup. Once the seal is broken, I use the loop to pull the rest of the way. You do have the option of trimming the loop for a shorter stem, as well. 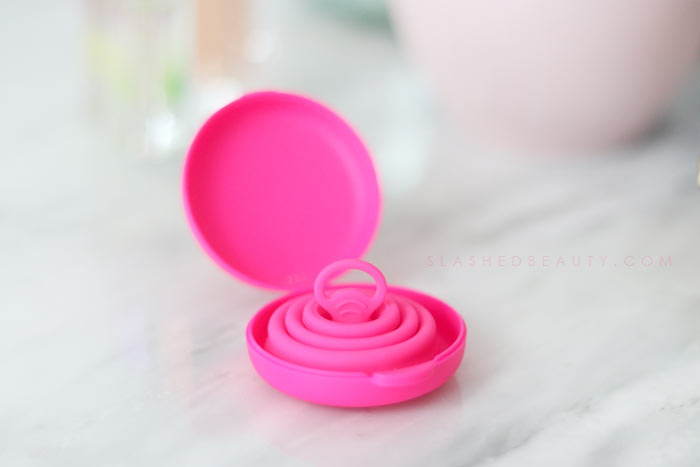 Because of the collapsible design, you can’t just push this cup up from the bottom like with the original cup, or it could start to fold in on itself. To insert, I fold one edge down, use the pointed end to insert, and with two fingers on each side of the cup I nudge it into place.

I’ve unofficially dubbed this the unicorn of menstrual cups, because it’s not only great for beginners but checks all my personal preference boxes as well! I love that I can carry it with me, it’s easy to insert and remove, and it lets me literally forget about my period for twelve hours! It’s so comfortable, and even as someone who swore by the original, this design might just have it beat.

Something to note, though: this cup only comes in one size. If you’ve had a child, then Size B in either of the two other designs is still going to be best for you.

Have you tried menstrual cups?