With Summer heat in full swing, I’ve needed to edit my makeup routine to favor more long-lasting formulas. Perfect timing for the new Revlon So Fierce Vinyl Eyeliners to land on my desk! The So Fierce eyeliners just hit stores and are supposed to deliver up to 16 hours of waterproof wear with bold pigmentation and a shiny vinyl finish. Basically, they’re supposed to check all the boxes for what you’d want in a summer liner. 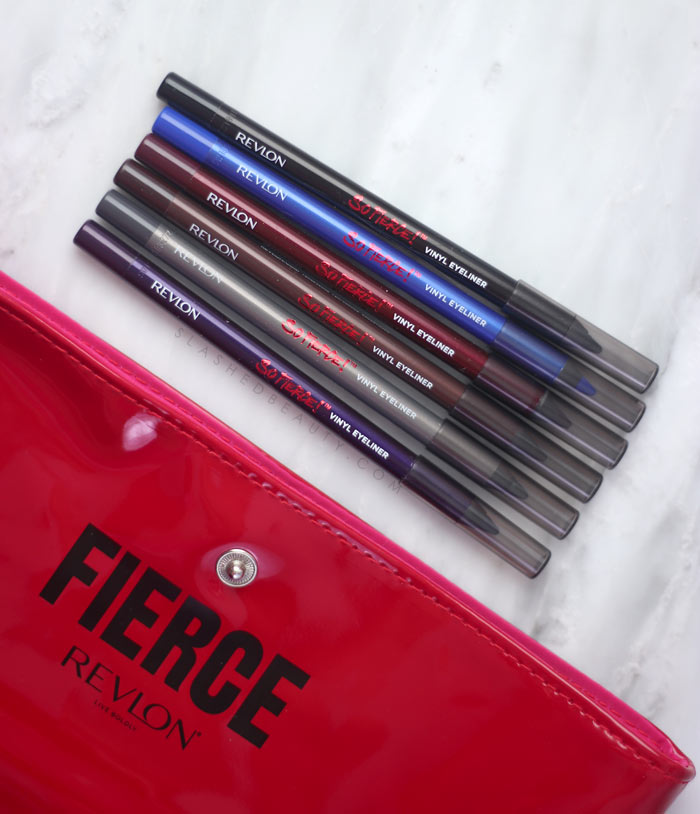 Right off the bat, I noticed that the formula of these liners are incredibly soft and creamy— almost to a fault. When I first went to swatch them, I broke the tip off two of the liners using moderate pressure. At first I thought perhaps this was because they had warmed up as they were being shipped… we’re hitting an average 95 degrees in Vegas daily now! But, it continued to happen days later before I finally remembered that you need to apply these super lightly. Luckily, the creamy formula means that you really don’t need to press hard at all to get 100% opaque color in one swipe.

I was actually blown away with how pigmented and smooth these liners were; the color just pops off the skin! These really glide on with zero tug and a whole lot of impact.

Now usually, this type of formula lends itself to be a great option for tightlining, which is how I tested these liners at first. Weirdly enough, they just would not stay in my waterline. They didn’t translate the same way as they do on the skin— they were less opaque, and faded/smudged within a few blinks. 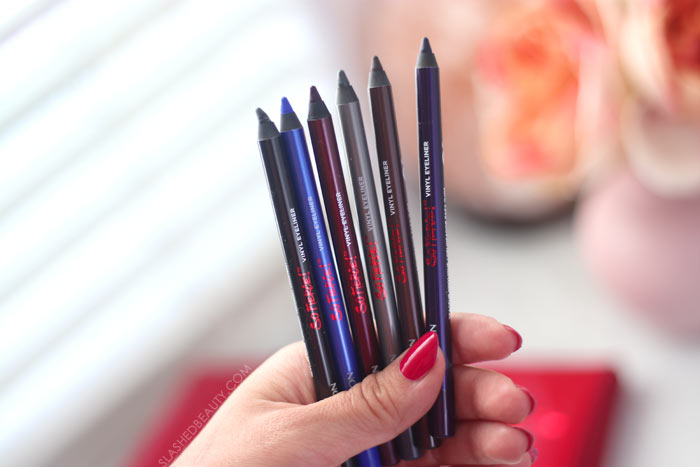 On the actual lash line and eyelid though, I had much better results. Once you apply them, you have a bit of working time if you want to smudge them out before they set. Because they’re so soft, they blend out super easily without losing their vibrancy.

When these liners set, they are definitely long lasting with only a bit of smudging occurring by the end of the day. I actually wore Powerful Plum during an intensely sweaty workout by accident last week and was shocked how much remained on my lid by the end— even though I was wiping at my face with a towel the whole time! Throughout other wear tests, I’ve found that if you wear them without blending them out, they definitely last longer… though I usually never wear pencil eyeliner without smoking them out. 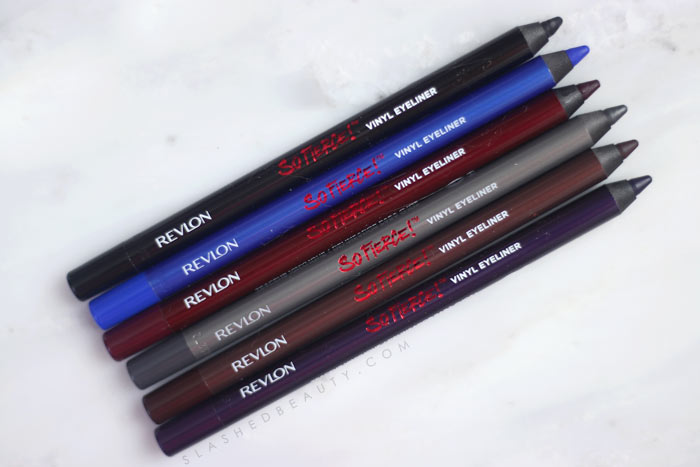 This liner is a sharpen-tip which isn’t my favorite, but these sharpen easily. Though, they dull very fast because of the soft formula so it will be difficult to achieve thin, precise lines with this product. They use the example of “the feel of a gel for your easiest wing yet” in their advertising, but there is no way I can get my signature winged liner with this type of pencil without a stencil.

Overall, the Revlon So Fierce Vinyl Eyeliners definitely perform well, but I’m a bit bummed that they’re not dual-purpose for tightlining, too. If there’s a shade that calls to you, it’s worth picking up at just under $8, but my staple go-to will remain something I can use for all my liner needs in one.