There’s no doubt you’ve heard of the hair care revolution that is the Wet Brush. But let’s back up a second; let me set the scene.

When I was younger I had the same long, thick mane I do now, but I hated taking care of it. I could never run a brush through it, so I just threw it in a ponytail on a daily basis, tangles and all. Obviously, this made the situation a lot worse. Come time my mom would sit me down to work through the bird’s nest that had developed… well let’s just say we had a few Princess Diaries moments. 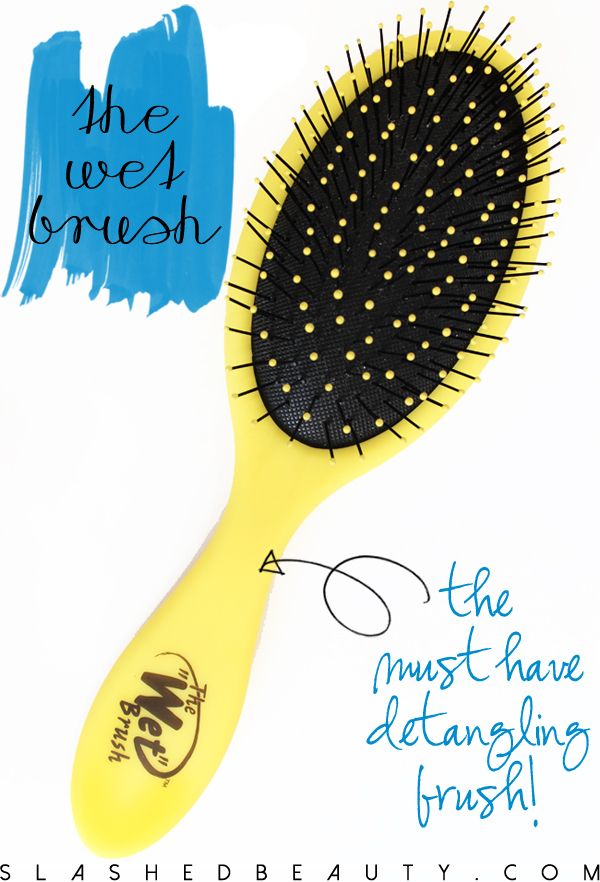 Oh, how I’m sure she wishes she had a Wet Brush back then. The Wet Brush is a specially designed brush that works through wet hair to detangle it safely, without tugging at your scalp or causing breakage (and tears!).

The secret behind the brush is the IntelliFlex bristles, which “know” when to be firm and when to be flexible. They are super thin and very bendy, which I initially assumed wouldn’t cut it for my thick hair. Surprisingly, my hair was no match for the Wet Brush. It instantly smoothed my hair while gently working through tangles. It only took a couple passes to work out the most stubborn knots, and it was relatively painless. Brushing my hair post-shower used to be an ordeal (look, I’ve got a lot of hair). Now, I almost look forward to how painless I know it will be. 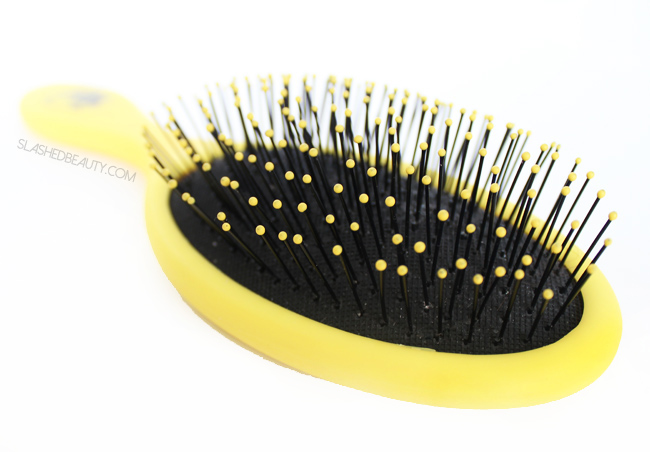 What most excited me about using the Wet Brush is that I saw much less hair left in the brush after use! Hair is most vulnerable to breaking when it’s wet, and I always felt so guilty when I hear my normal paddle brush ripping through my tangles. Since the Wet Brush works with your knots instead of against them, I know I’m not doing more harm than good when brushing my hair straight out of the shower. It works well on dry hair, too. Tough knots need a bit more elbow grease this way, but the bristles are still gentle and effective. 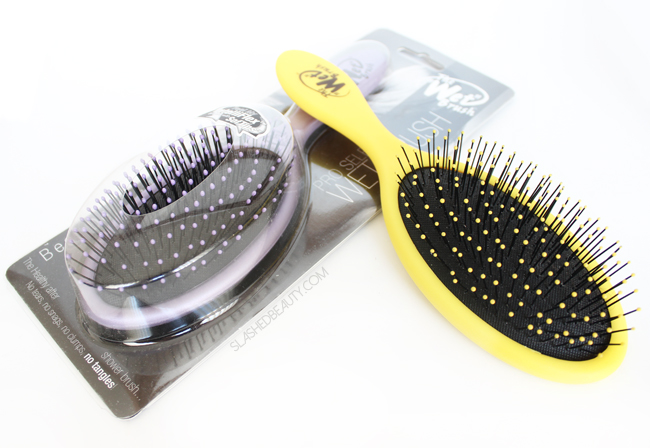 Whether you have unruly hair yourself, or a child who hates getting their hair brushed, the Wet Brush will make tangles a breeze to tackle! You can find it at mass retailers like Target and select drugstores, ranging from under $10 to about $15. There is even a “Squirt” model that is small enough for kids to handle, or to throw in your purse.

I’ve broken up with my old paddle brush for good, and am in a committed relationship with the Wet Brush.