Right before New Year’s, the brand new e.l.f. skin care line was announced via their Instagram. As an affordable brand with many high-quality items, this caused much excitement among fans. What’s even cooler: the brand is giving the power to the people in terms of which products are released first. 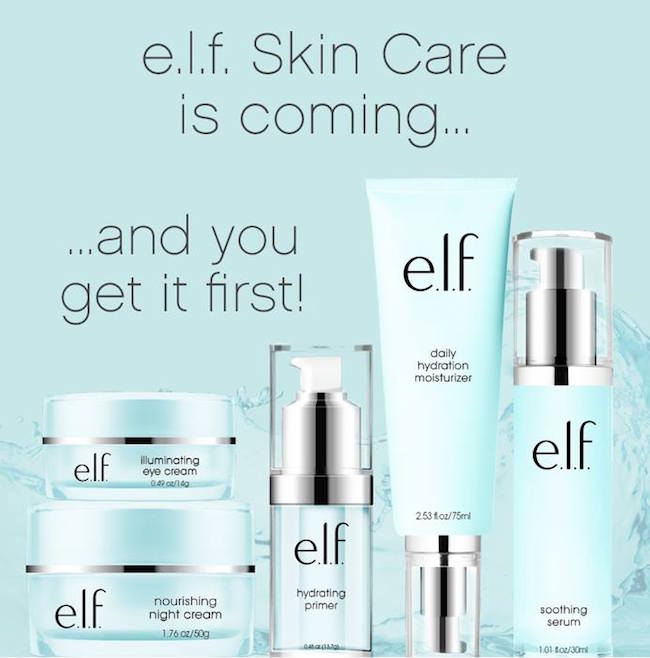 Here’s how it works: on the official pre-shop page, you can browse through twelve featured items and add the ones you want to your cart. You will go through the normal check-out process, but won’t be charged just yet. By the end of January, e.l.f. will release the four most popular items. If you chose one or more of them as part of your order, you will be charged for them and receive it with free shipping. You will not be charged for any items that were not one of the four released.

While e.l.f. has released a few skin care products previously, like the Exfoliating Cleansing Cloths, and Tinted Moisturizer with SPF, I suspect— hope, really— that these are of even higher quality due to their prices. The line ranges from $3 to $12, comparable to many popular drugstore skin care collections but still very affordable. I’m very curious to see the performance of these and which ones end up getting released.

Are you going to try the new e.l.f. skincare line?