Please watch the video at the top of the page for the most recent information on this issue.

I was ecstatic when I found out that Emily Noel, one of the OG beauty vloggers of YouTube, worked with budget-friendly brand Makeup Revolution to create a couple of new eyeshadow palettes! She was among the several original content creators that inspired me to start my own channel, and I was excited to be able to support her with this product launch. 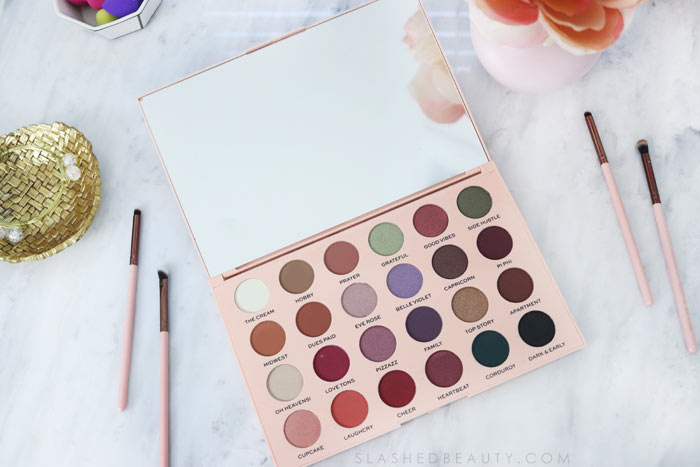 The Revolution x The Emily Edit The Wants Eyeshadow Palette caught my eye immediately when I saw it on display at Ulta Beauty. With 24 shades, you have enough to create countless looks both neutral and bold. I loved the purple and burgundy shades, and couldn’t wait to dive in.

However, as soon as I got home with the palette, things took a turn. The moment I opened up the large sleek palette, my eye was immediately drawn to a spot that looked to be mold. 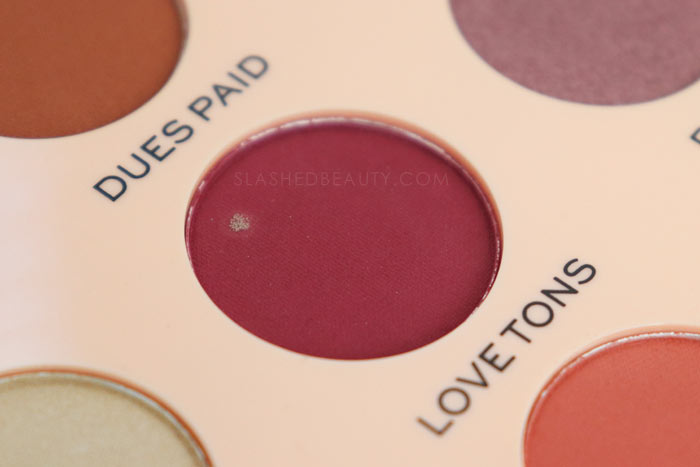 Right on top of what would have been my favorite shade: Love Tons was a small green spongey looking dot. Welp, that’s not going anywhere near my face. After taking to Google, turns out that it’s not an isolated incident. On the Ulta Beauty product page, there are three reviews at the time of writing this post that mention mold on the same shade, with photo proof. Some of them look just like mine, and a few have even more and larger growth spots. 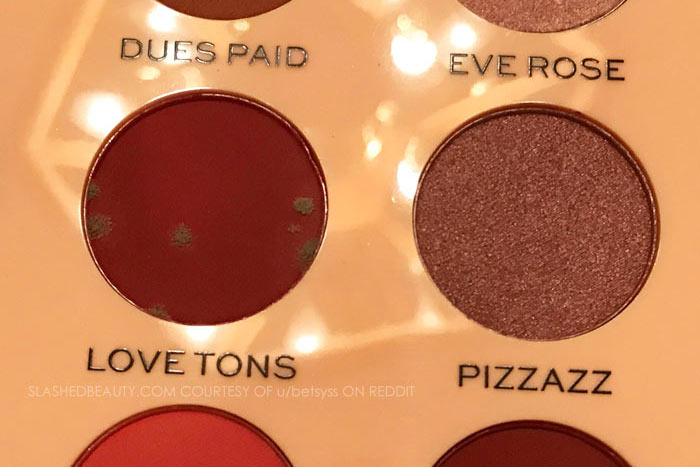 I took to reddit’s r/MakeupAddiction forum to see if there was any more chatter about this issue. Lo and behold, more people experiencing the exact same problem. The above photo is from user u/betsyss, who posted asking for verification of her suspicion that the spots were mold. Several users confirmed the presence of mold in their own palettes as well.

Unfortunately, there has been no statement made publicly by Makeup Revolution about the complaints. However, I did reach out via email to the brand and this was their response:

“Many thanks for getting in touch. To reassure you, all of our products are manufactured to the highest possible standards and assessed for safety by independent bodies prior to being placed on the market. When this issue came to light we immediately conducted additional testing at an independent lab to determine the root cause of the problem and to identify the specific mould. All quality documentation, raw material analysis and test data was checked at factory level, and everything checked out OK. It appears that the contamination occurred through contact with spores of a commonly occurring mould in the atmosphere and water vapour during transportation. Due to the nature of the product formula and the built-in preservative system, any mould present is likely to be confined to the surface of the product only. We apologies for any inconvenience caused and appreciate your patience while we investigated the problem. Thank you for your time.”

I’m personally skeptical of this explanation. If it was a transportation atmosphere issue, I don’t think mold would be attracted to just one color in every box. Though, this YouTuber found mold both on Love Tons and Cheer, a nearby burgundy shade. With that said, the majority of people say their palettes have been perfectly fine, both shipped directly from the brand and Ulta Beauty. Makeup Revolution didn’t mention anything about how they are going to remedy the situation as far as the affected palettes that are still in stores and being shipped out (even though I asked in my email). In my opinion, regardless of where the mold came from, I think the palettes should be pulled out of shipping warehouses/off shelves and a new batch should be distributed for sale.

Prior to the brand giving any statement on this issue, there have been several theories on how to tell you’re getting a bad palette.

Lot #: So far, affected customers who also checked the batch number of their product have all had the same number listed on their palette— including myself. You can find the batch number labelled as Lot # on the black sticker on the back of the actual palette. The number that’s been mentioned is 149E267A. However, because this product is still so new, there’s no saying whether they’ve only distributed one batch so far or not, so this might not be helpful as far as checking on your own purchase. Plus, some customers who have the same batch number have chimed in to say their palettes are fine.

Shipping From Plainfield when Ordering Online: Another theory was that the moldy palettes were coming from the same Ulta Beauty warehouse in Plainfield, IN after comparing shipping information among affected customers. One user even said they placed separate orders for the same palette, one that was shipped from Plainfield that arrived with mold and one from Harrisburg, PA that appeared to be fine.

So what should you do if your Makeup Revolution x The Emily Edit The Wants Eyeshadow Palette has mold? I suggest you do not use it, even the other shades that seem mold-free. I’m not sure why the brand included in their email that the mold is “likely to be confined to the surface of the product only” because I don’t believe that makes it any safer to use. I returned mine to Ulta Beauty and was refunded immediately without any hassle, and the manager told me they’d pull their stock down. If you’ve purchased in-store, I suggest you do the same. Otherwise, you can contact Makeup Revolution customer service, who has apparently been quick to mail out replacements. If you purchased a palette that is mold-free but you’re a little paranoid, you can always spray it with alcohol for peace of mind. 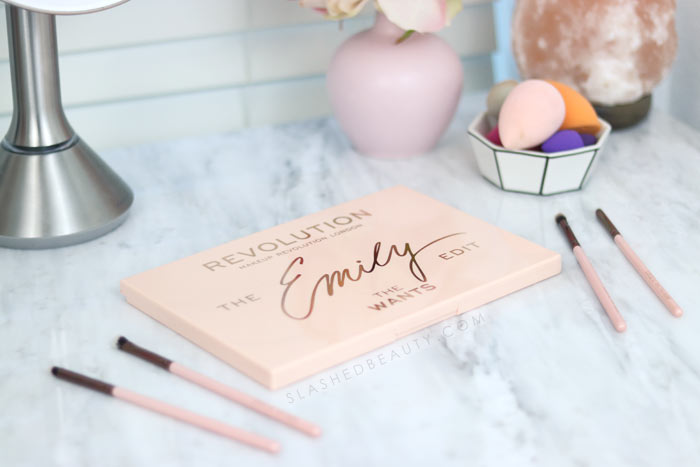 I myself will not be seeking out a replacement from either the brand or Ulta Beauty for fear that even if I can’t see anything obvious with my eyes, there might be some type of contamination. I just feel that even though most people have received mold-free palettes, there have just been too many instances now for it to be swept under the rug, hence this post. That’s a personal choice, but I won’t judge you for wanting to still get your hands on this gorgeous palette. It has a great color story, balance of mattes and shimmers, and is super wearable while still having enough bold shades to create statements. Emily did an amazing job choosing the shades, and I truly wish I had a better experience to report back with. The palette itself is pretty large with a full-size mirror inside the plastic case that would have been perfect for travel. I made the decision to return the palette without swatching, so I don’t have anything to say about the formula or performance of the shadows.

I would like to take this last moment to make sure it is clear that I don’t hold any accountability towards Emily Noel herself, as she was only part of the color planning process of this palette– not the formula or manufacturing. It can be easy to try to point a finger at the person who’s face is on the packaging, but I have nothing but love for Emily and am sad for her that this happened with her collaboration. Right now, this issue doesn’t deserve massive outrage, but I’m definitely on my toes for how the brand will address the problem.

Have you encountered this problem with your palette? Let me know in the comments!