I used to paint my nails practically every other day, not only because I find it extremely relaxing, but also because I’m the worst at keeping them from becoming smudged immediately. I can’t even go get them done in a salon, because I know within the first twenty minutes of walking out the door, they’ll be ruined. I eventually just stopped doing them because of the frustration. 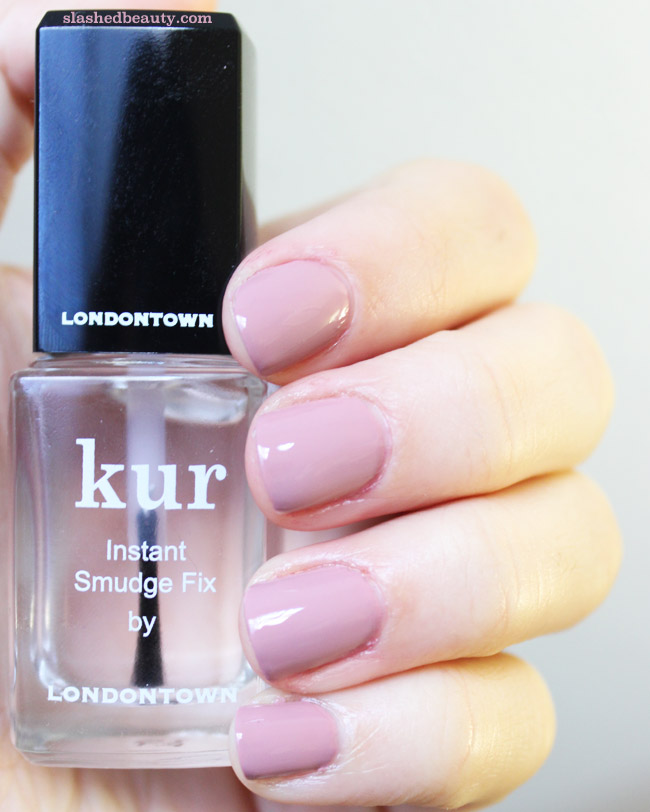 So when someone told me about the Londontown Instant Smudge Fix, I thought it was too good to be true. It claimed to be able to gloss over smudges, smoothing them out as if they never happened in the first place. What the what? I had to try it immediately. 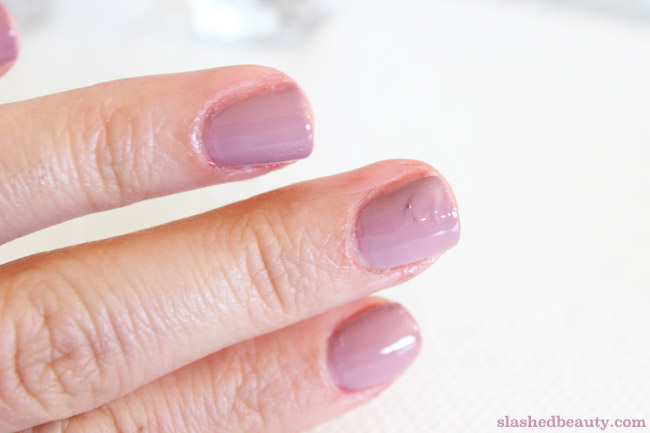 I went to town with their Lakur in Mauve Over, and it wasn’t long until I had a nice dent in the finish. This time, I was actually excited to have ruined my manicure, because that meant I could put the Instant Smudge Fix to the test. It’s a clear liquid that the instructions say to paint directly over the mistake, which I did.

I literally gasped when the smudge disappeared. Gone. Poof. Vanished. It completely thinned out the goopiness of the dent and smoothed it over, blending it into the rest of the nail. I topped the nail off with their Protective Top Coat (which kept my nails chip free for a WEEK, by the way), and nobody would ever be able to guess I goofed.

Needless to say, this is a permanent part of my nail routine as its use is inevitable every time I paint my nails. It lets me relax a bit knowing that if I screw up a nail, it won’t be a whole half hour wasted trying to fix my mistakes. One bottle is $14, but since you only need a couple strokes to fix your smudges, and it’s clear, you’ll get so much use out of it across all of your polishes. Plus, it’s saved my OCD craziness from kicking in multiple times already. So worth it.

The Londontown Instant Smudge Fix certainly gets two, perfectly polished and smudge-free thumbs up from me!