It’s 2015 people! When you think about all the technology that all the old movies told us we’d have by now, it’s crazy how much actually hasn’t been done yet. Although, there have been some cool advances that we can’t discount… especially for beauty lovers!

Who else wishes they had Cher Horowitz’ computerized closet from Clueless, which let her preview her outfits before getting dressed? I know I was totally mystified and extremely jealous.

As much as having this closet in real life would be cool, I recently discovered an app that’s just as awesome because it basically does the same thing but with makeup and hair looks!

I’ve wasted a good few hours on the YouCam Makeup app, which lets you try on different makeup, accessories, hair colors and hair cuts before you commit to any one look. It’s definitely the most realistic virtual makeover app I’ve tried, and I’ve tried a lot of them! 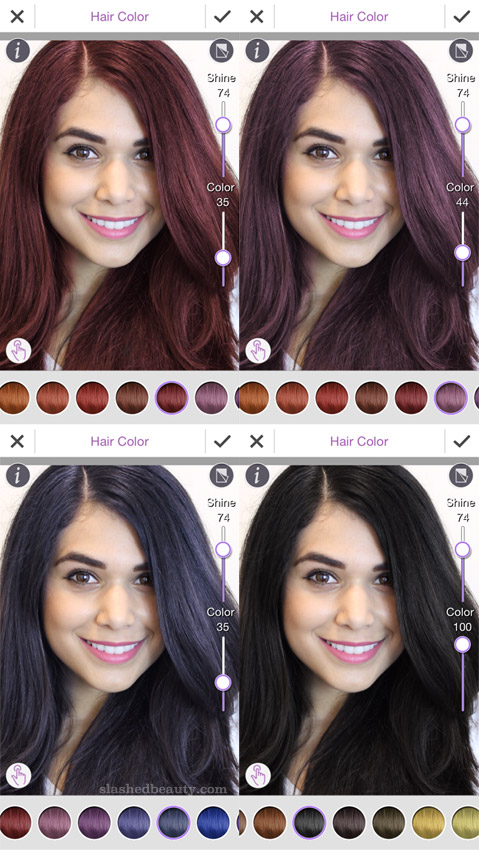 I originally downloaded the app to experiment with different hair colors. I’ve had a serious itch to change up my shade, and I think I’m finally going to bite the bullet soon. YouCam Makeup’s hair dye feature superimposes the new color over your selfie, so you can see a realistic preview on your own hair style. I’m really feeling the subtle purple, but also considering going back to black for a clean, chic look.

Read Also: How to Transition Your Hair from Summer to Fall

After playing with the hair dye feature, I discovered something even cooler: the live makeup cam. Okay, so how many of us have a hard time deciding what kind of makeup to do in the morning, only to do our typical every day neutral look? Even as a beauty blogger, it’s easy to just repeat the same few looks over and over. 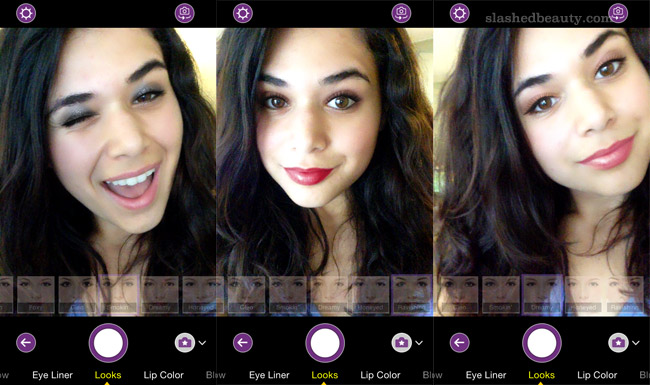 So the Makeup Cam within the app will show you what different styles of makeup will look on you in real time! It’s like looking into a mirror and changing your makeup with a swipe of your finger! Even as you move around, the makeup looks like it’s actually applied to your face. In the photos above, I wasn’t wearing any makeup at all— everything you see is the app. SO COOL. You can snap a picture with whatever makeup look you have digitally applied, too. This is a great way to visualize different color combinations and styles before you spend the time doing them.

Anyway, thought you all would like playing around with this as much as I have been the past week. You can download the YouCam Makeup App for iPhone and Android for free!