When I discovered the e.l.f. 16 HR Camo Concealer, my makeup routine was taken up a notch. I had never experienced a concealer that could last almost crease-free on me all day, so this was a game changer. Come winter, however, I was shying away from my matte finishes and embracing more radiant makeup to balance out my dry skin. And so, the matte Camo Concealer went unused for several months. 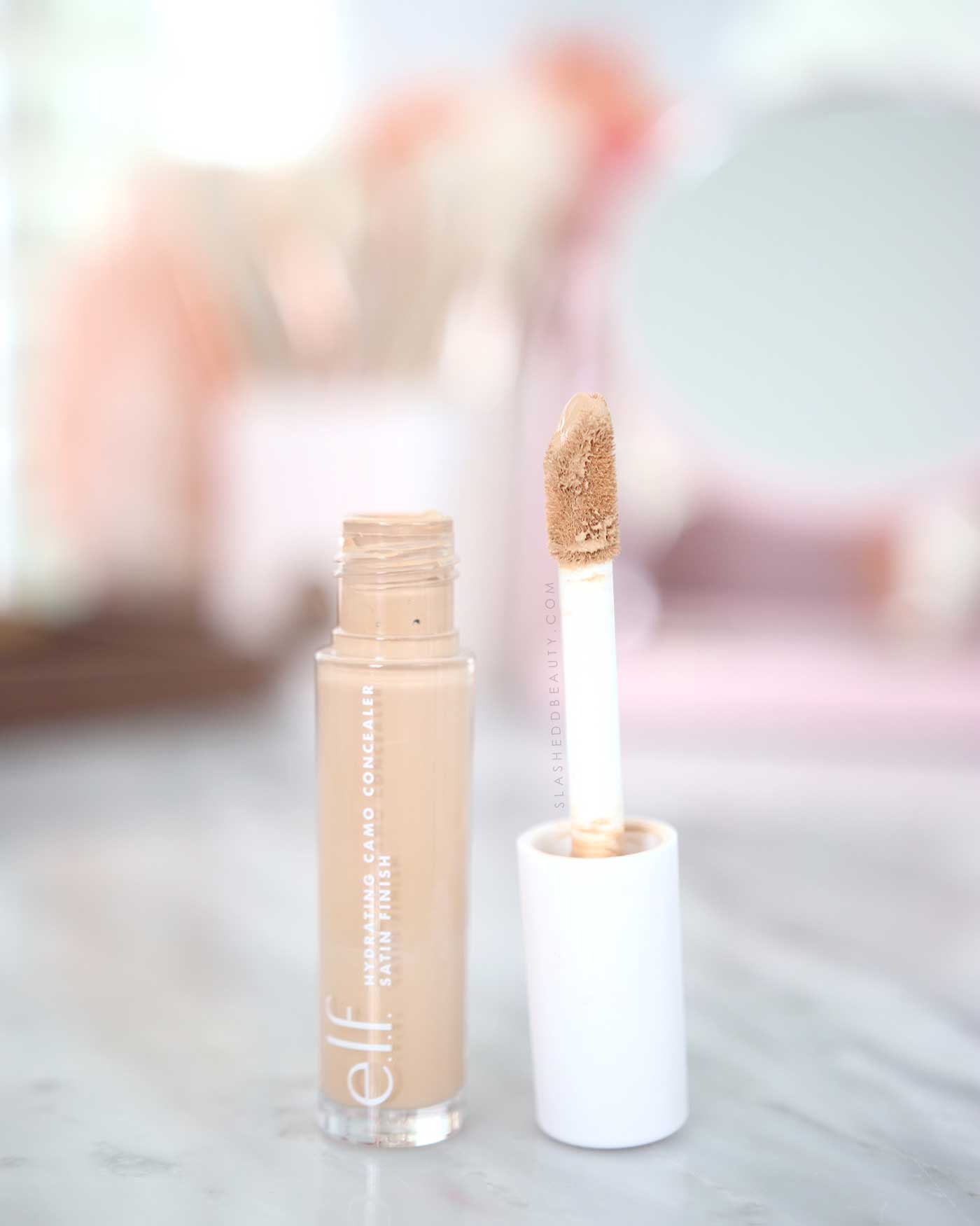 That is, until e.l.f. announced the new Hydrating Camo Concealer, featuring the same lightweight full coverage but in a hydrating, satin-finish formula. I was stoked! Aside from the new finish, this version is supposed to have addressed the oxidizing issue that caused many complaints with the original. The matte Camo Concealer changes shades drastically after you apply it, while the new formula dries true to the color you see the bottle. 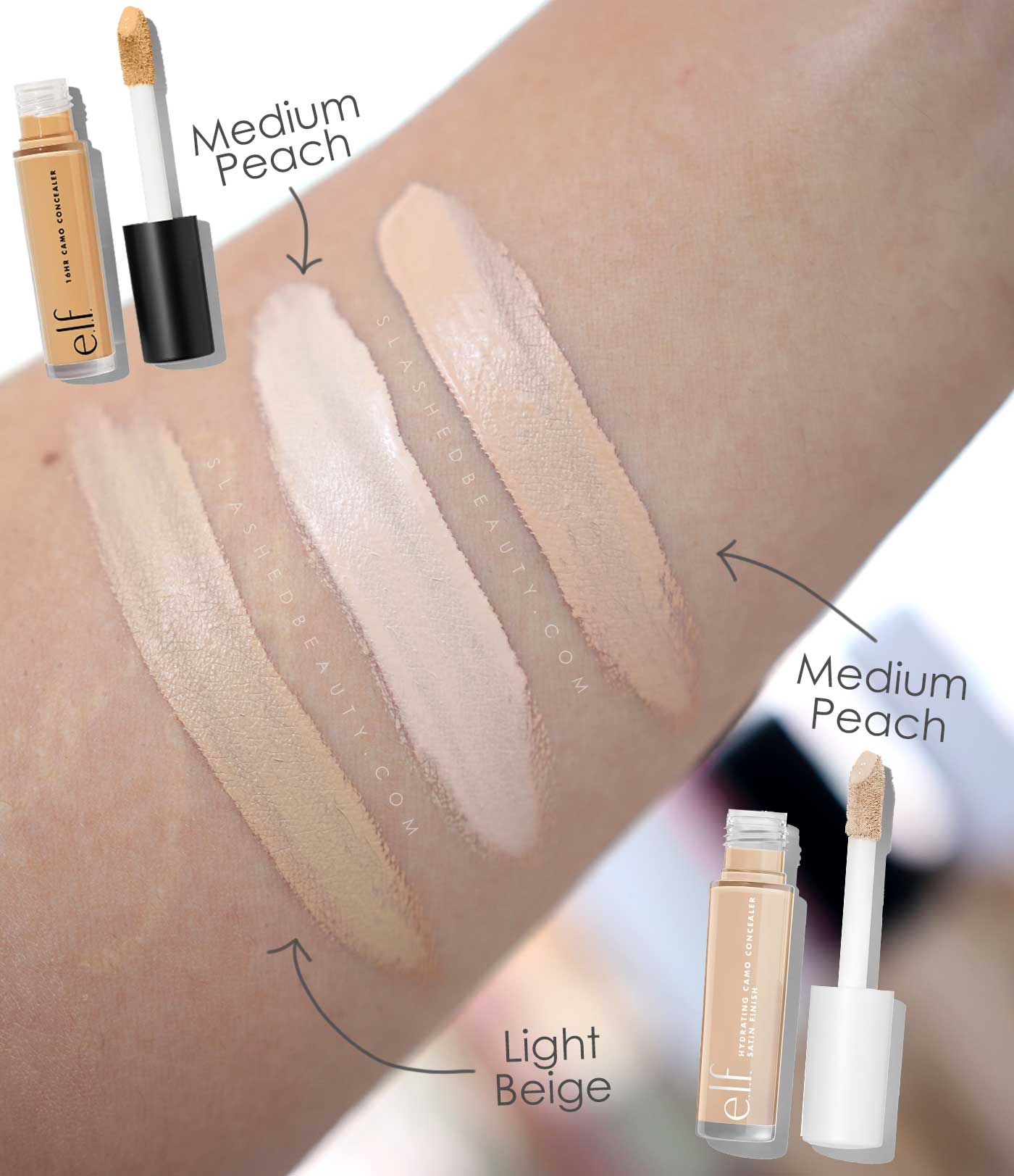 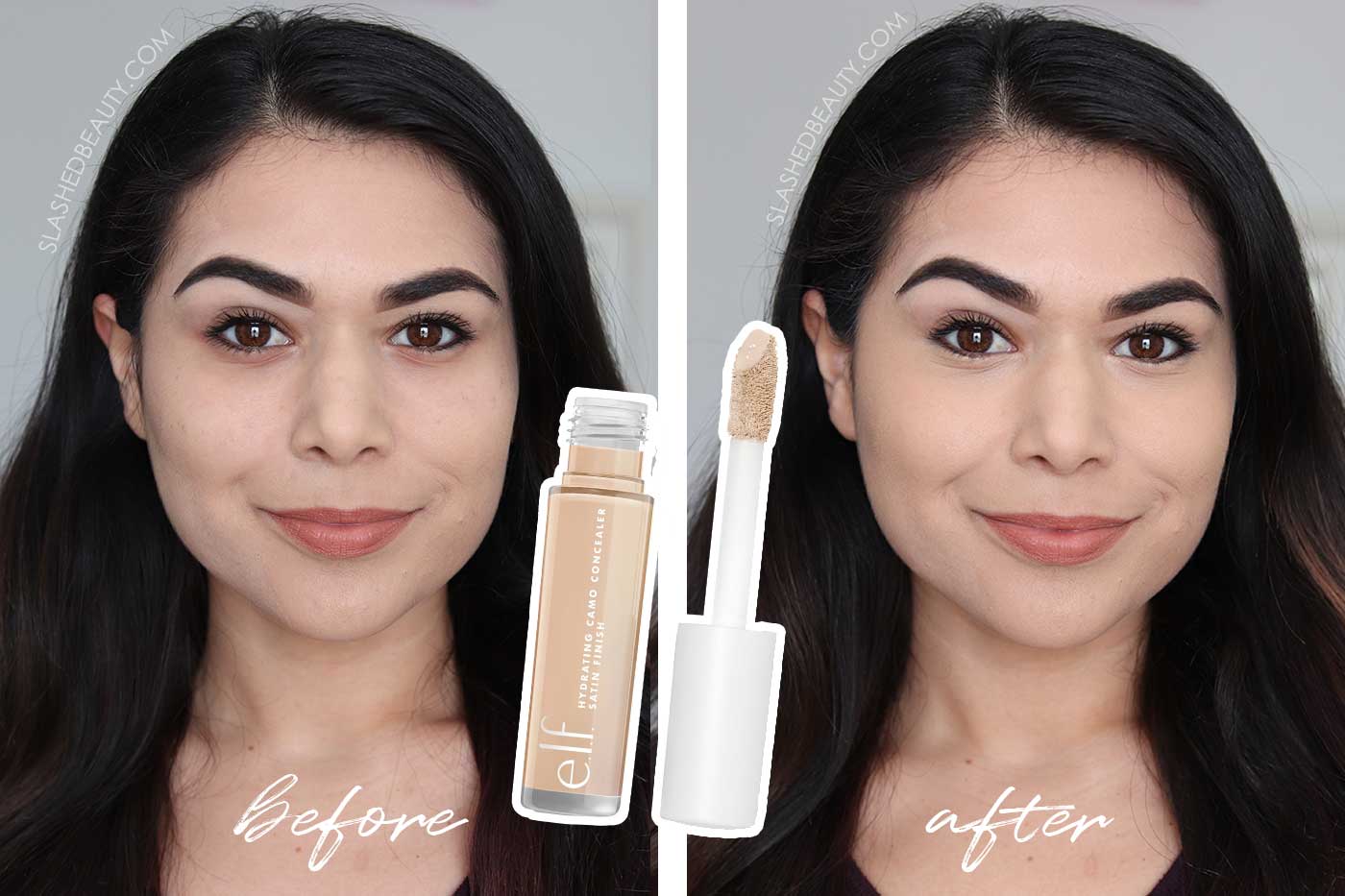 The new Hydrating Camo Concealer has a creamy consistency and is easier to blend out than the original, because you have extra time before it completely sets. I think the texture also lends to needing less product as it spreads much easier. You still get the amazing full coverage as the original formula, with a slightly radiant (but definitely NOT dewy) finish that dries down do the touch. Even without setting, the concealer doesn’t feel tacky or slippy. 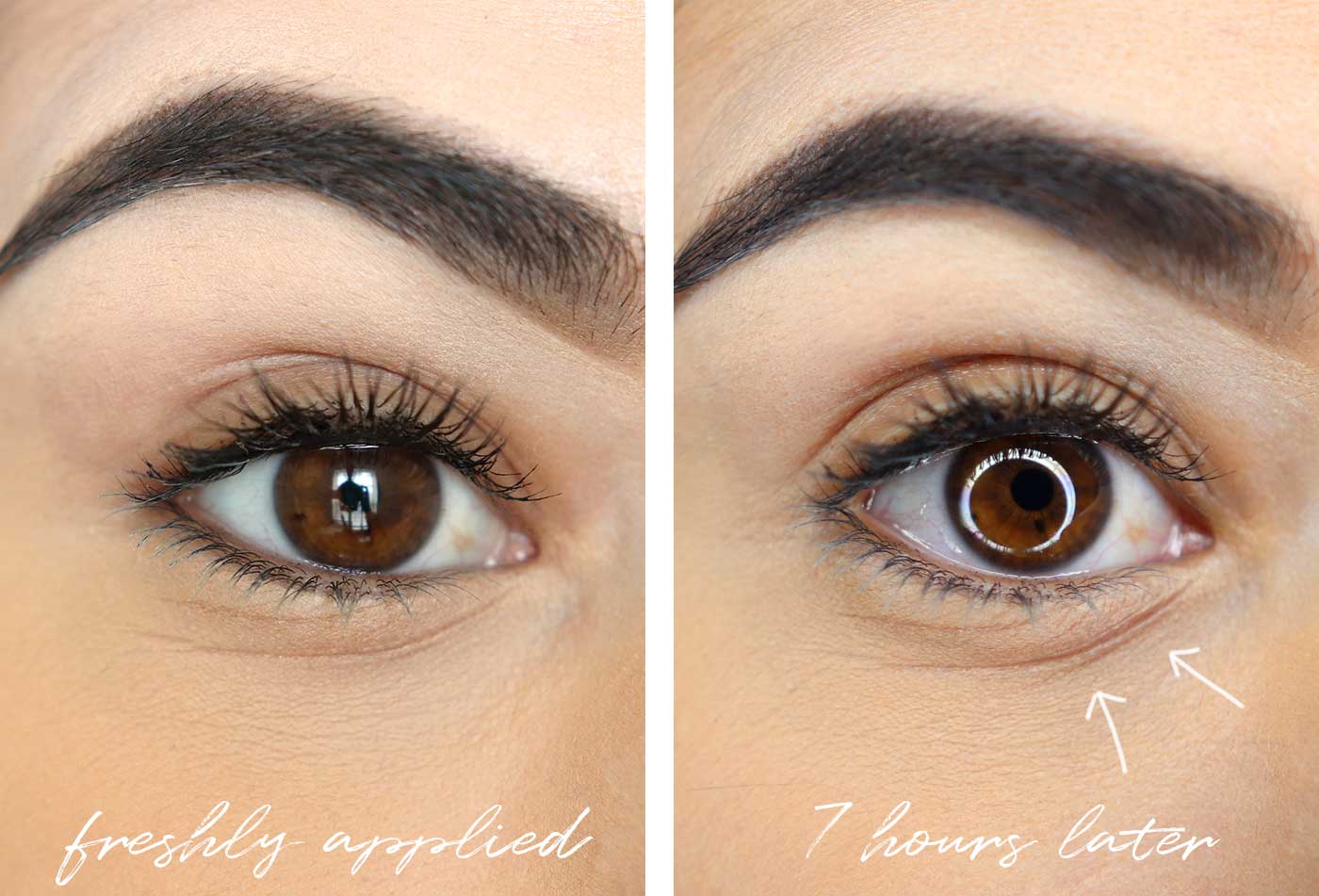 Unlike the original which claims 16 hours of wear, this concealer doesn’t have a specific wear time claim beyond “all day.” I would say that is true, at least for an 8-10 hour day. I experienced similar– yet very very subtle– creasing under the eyes as with the original (you can see a comparison in the video at the top of the page). Aside from that area, the coverage on my cheeks over dark spots and blemishes still looked flawless after 8+ hours, both maintaining coverage and blended edges. If you watched the video then you’ll know that I experienced the matte finish staying set and dry longer throughout the day, while the satin finish had slight transfer once my natural oils started coming through.

I do feel like the e.l.f. Hydrating Camo Concealer is a better fit for my personal makeup routine as I typically wear satin or demi-matte finish foundations, and this will blend in easier for a seamless appearance. It will also work much better when I want to skip foundation altogether and just use concealer, since the matte finish stands out more against bare skin. However, I would recommend the original matte formula for oily skin/areas or sweaty days.

Have you tried either of the Camo Concealers?