Ya’ll probably know that I can count the liquid liners I love on one hand. With winged eyeliner being one of my signature looks, I am extremely picky with the products I recommend. so many gimmicky liners have been released lately, and I’ve almost shut down from paying attention to what’s new. So when the new COVERGIRL Get In Line Liquid Eyeliner landed across my desk, I was like… yeah whuteva. 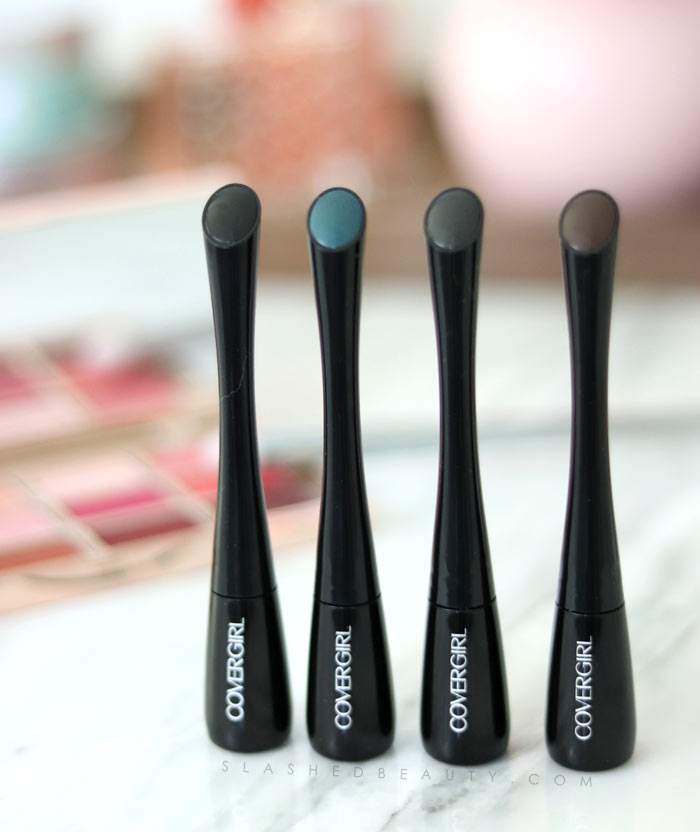 But then, realizing my go-to liner was starting to dry out without a replacement ready to go, I was forced to try it in the shade Major Matte Black while finishing my makeup one morning. 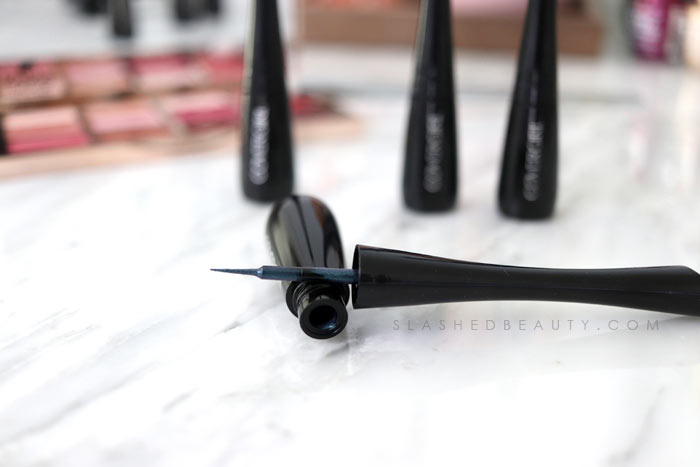 First off, I’m actually totally into the felt tip applicator. It’s long with a super tapered point which makes creating a precise, sharp wing much easier. The applicator has a bit of flexibility for easy gliding and deposits the matte black formula in a smooth line without tugging or skipping. 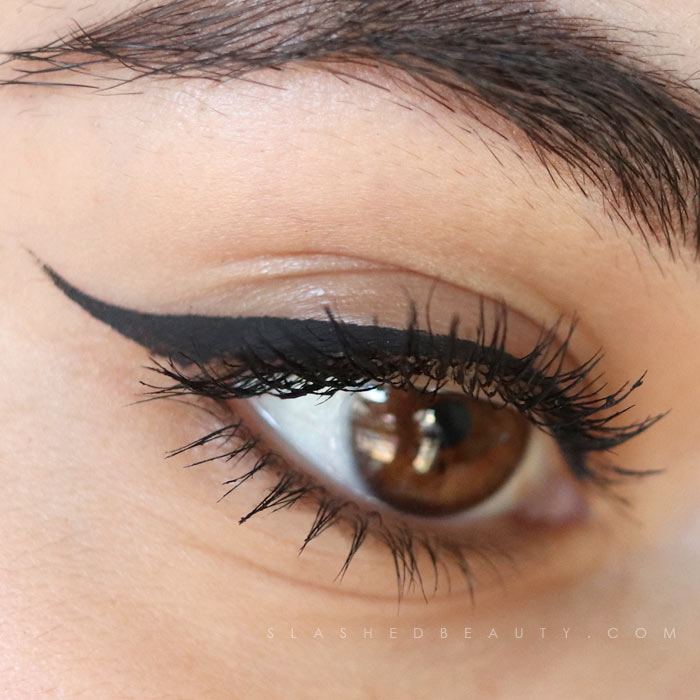 Oh, and when they say matte black, they mean matte. I love this super flat effect because I think it compliments every shadow look, and brings more drama even when worn alone. It makes the black color more rich.

Now here’s the thing: this liner performs much better when applied over primer and shadow than on its own. Layered over eyeshadow, I don’t experience any fading or smearing— it looks clean for hours. But when worn alone over my oily eyes, it’s prone to flaking at the slightest touch. Can’t win ‘em all, eh? For that reason, I wouldn’t necessarily dub this an all day, set-it-and-forget-it eyeliner. However, I personally don’t often wear liner over bare eyes anyway, so I can get away with wearing this for 8+ hours without issues. 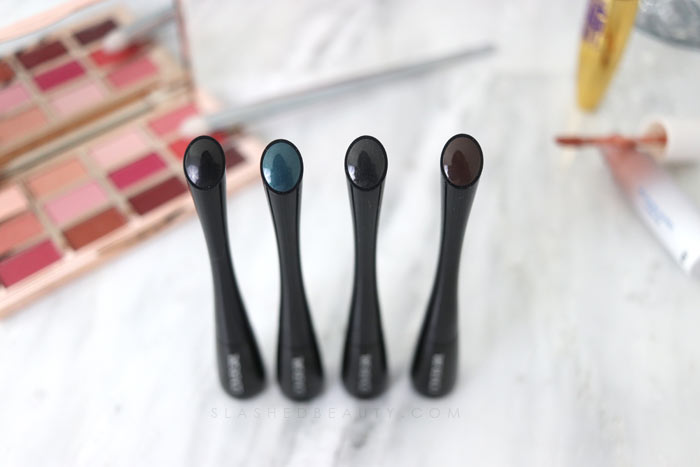 There are several colors in this line, including Black Crystal and Teal Crystal which are glittery, and Bold Brown which is a matte chestnut color. The mattes are definitely more pigmented and easier to apply than the shimmer shades, which I would skip over. In fact, Black Crystal is more of a sheer gray with sparkles. It takes a lot of shaking for the crystal shades to deposit pigment and even then, it’s pretty light.

Overall, I think Major Matte Black and Bold Brown are the ones actually worth picking up. While this formula doesn’t quite come close to my favorite drugstore eyeliner, it’s a great choice if you prefer felt tip instead of brush tip. I definitely don’t think it deserves the low ratings it has collected online from fans who miss the brand’s discontinued Line Exact. The COVERGIRL Get In Line Liquid Liner is great in its own right, coming from someone who hadn’t tried the older product. As someone who basically reviews products for a living, it’s super unfair for people to give one star reviews without having even tried this, just because they’re upset with the discontinuation.

Have you tried either the new Get In Line liner or the Line Exact?