In the midst of much dialogue about what the “perfect” body is, Calvin Klein released their campaign for the new “Perfectly Fit” line, featuring rising model Myla Dalbesio. What makes Myla so special? Well, she looks like an average woman… as in, she wears a size 10. 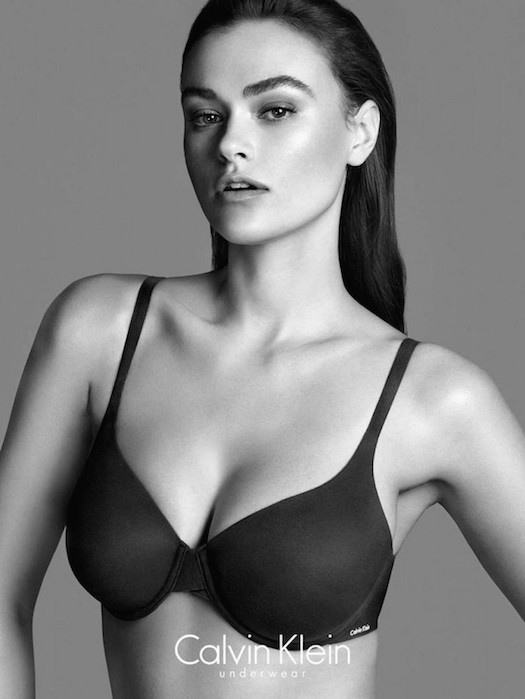 For a brand who popularized the waif look by constantly featuring incredibly thin models like Kate Moss in the past, the move didn’t fall on blind eyes. In fact, the campaign stirred up controversy as the flat-tummied Dalbesio is CK’s first “plus-size” model, yet she is far from what most would consider the label to mean. Many commenters on social media said this step just wasn’t enough, and that it actually perpetuates negative body image in women. But in fact, Calvin Klein never labelled their new model to be plus-size at all.

A spokeswoman from the brand told The New York Times:

“The new Calvin Klein Underwear Perfectly Fit imagery features models Myla Dalbesio, Jourdan Dunn, Amanda Wellsh, Ji Hye Park and the face of the brand, Lara Stone, in several styles. The Perfectly Fit line was created to celebrate and cater to the needs of different women, and these images are intended to communicate that our new line is more inclusive and available in several silhouettes in an extensive range of sizes.” 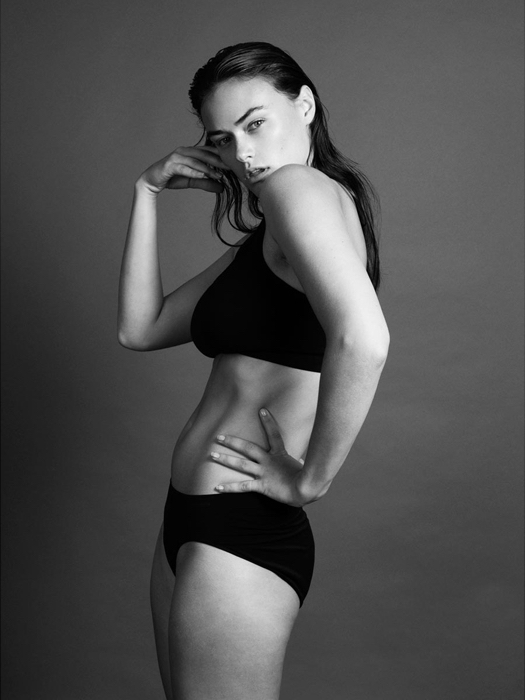 Myla describes herself as a “bigger girl,” and it’s no surprise when immersed in the fashion industry, where the term plus-size is thrown to women starting at size 8. In reality, though, she’s paving the way for representation of average women in media. You may even remember her from the #aerieReal campaign earlier this year.

So what do I think Calvin Klein is doing right, besides casting Myla? They didn’t make a big deal out of it. She told Elle Magazine:

“I love that I get to be a part of this conversation about size and body image, and that I get to represent a brand like Calvin Klein. They didn’t introduce this campaign for shock value, they simply included what some would refer to as a ‘normal size’ girl in their advertising, right next to other girls of varying sizes and shapes.”

While I shy away from using the word “normal” in regards to any body, Myla represents a body type that is rarely represented in media. “True body diversity doesn’t mean only sizes 0’s and 2’s then jumping to size 16 and up. There is a middle ground,” she says.

I give some serious snaps to CK for what I consider true inclusivity: embedding diverse bodies without calling attention to them, and in turn further otherizing them. Although they have years of normalizing incredibly skinny bodies under their belt, we can only hope this is a turning point for the brand and perhaps the fashion industry as a whole.

As far as the public who are up in arms about Myla being labelled as plus-size by the industry in general… think about the part you’re playing in the dialogue about body image. Regardless of what sizes “pluz-size” encompasses, by using it as something offensive to be called isn’t doing much better than labeling the woman herself. It’s no secret that the label doesn’t reflect average body figures, but if we want to see change, we have to be careful about perpetuating straight size being the “normal” size. Just food for thought.

As a size 8 woman, I love this campaign. I admit that sometimes I get that feeling of not being “thin” enough wash over me, because after my weight loss last year I still can’t physically relate to most women I see in media. As Myla said, diversity isn’t only two sides of the spectrum. There are many in between who appreciate this campaign, including myself.

What are your thoughts on the campaign and its backlash?