It’s pretty rare when I love something so much that I write a second dedicated post on it. But that’s the Pixi Glow Tonic for you. It’s one of those products that always makes its way back into my routine because my just looks its best when I’m using it.

The Pixi Glow Tonic hit the shelves in the US in 2003, but had already amassed a cult following overseas. Since then, it has become a favorite of beauty gurus and lovers worldwide… and it’s really not all that surprising. 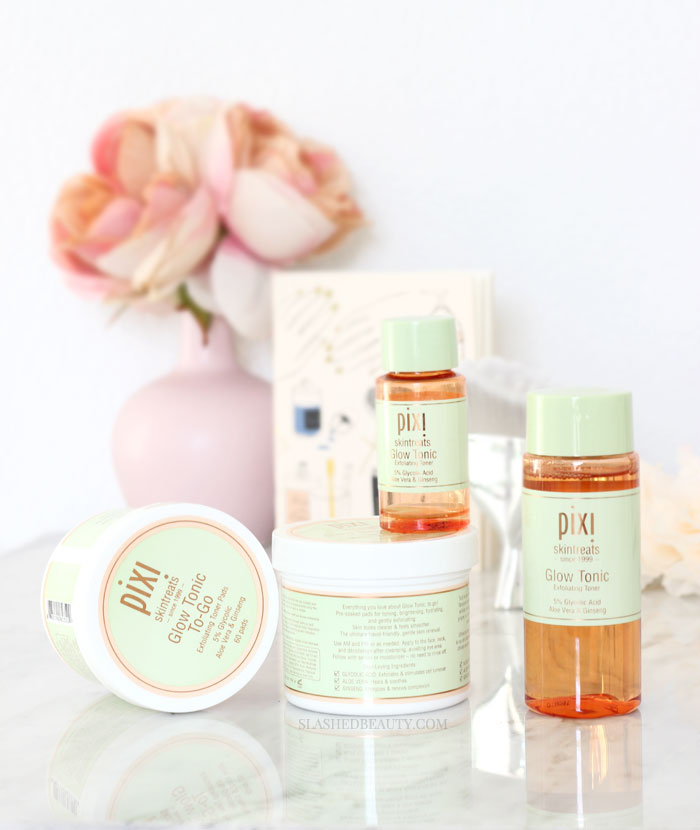 The formula contains skin care “it” ingredients like aloe vera to heal and soothe, glycol acid to exfoliate and stimulate cell turnover, and ginseng extract to help renew your complexion. This is like a magic cocktail that works to even tone and keep skin glowing and clear unlike any other product— or toner, even— that I’ve tried.

Before I used Glow Tonic, I thought astringents were where it was at. While the words are sometimes used interchangeably, there’s definitely a difference. Astringents typically use alcohol to deep clean, which can be extremely harsh and drying. I didn’t know what I was missing until I tried Glow Tonic, my first toner, which was much more gentle and balancing on the skin. 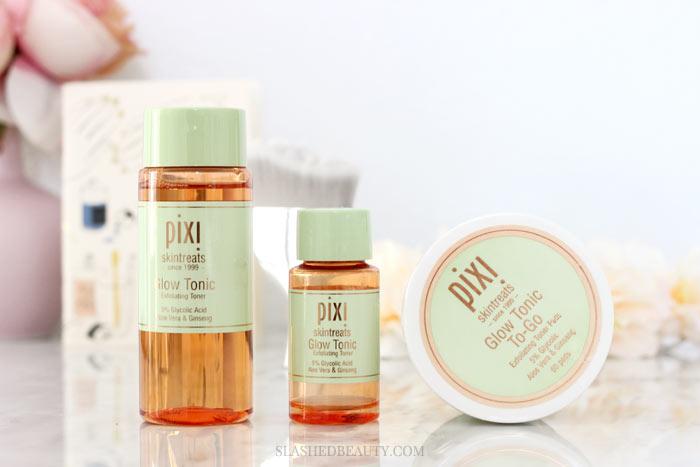 I have combo skin, with dry areas around my chin and oiliness around my nose and forehead. As most of you know, I also struggle with adult acne— occasionally cystic but mostly just pesky whiteheads. In my original Glow Tonic review, I had mentioned how I didn’t know how it affected my acne because I had started using it around the same time as my prescription topical. I’m still using Curology to keep it under control, but when I just use my prescribed cream alone, my skin isn’t as clear as when I pair it with Glow Tonic.

Now that I’m incorporating it into my routine again (I took a break for a few months because I ran out and was too lazy to buy some more) my breakouts are healing faster, and not returning as quickly. I am still getting the occasional white head and hormonal breakouts around my period, but they’re not lingering around as long and show up as one or two spots rather than a whole cluster. 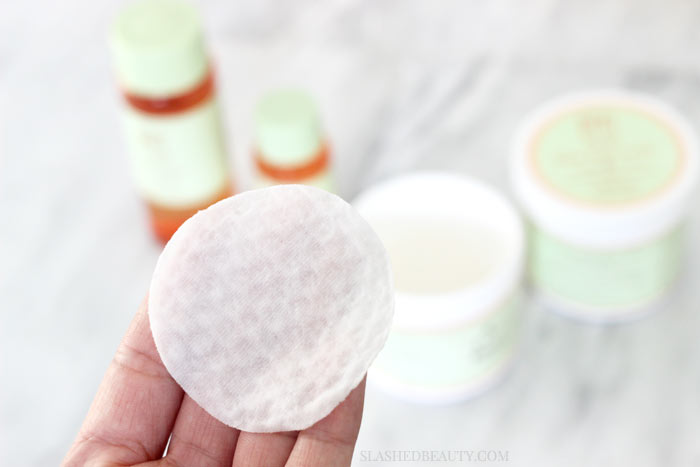 What I loved about the Glow Tonic originally is how it helps to lighten acne spots. I get hyper-pigmentation way too easily when I have a pimple, and this has helped the scars fade. Since I’m currently on a time crunch with the wedding coming up in a month (jesus!!!!) I’m also using the Kate Somerville D-Scar Serum to kick things into overdrive. However, when I’m only using Glow Tonic, I see a major difference in about a month.

Glow Tonic has also been a life-saver getting used to the dry climate here in Vegas. It has helped keep my skin balanced and evenly hydrated. My texture has been smoother as it kicks turnover into gear, and let me tell you— I’ve been able to cut down on my coverage for every day looks more! 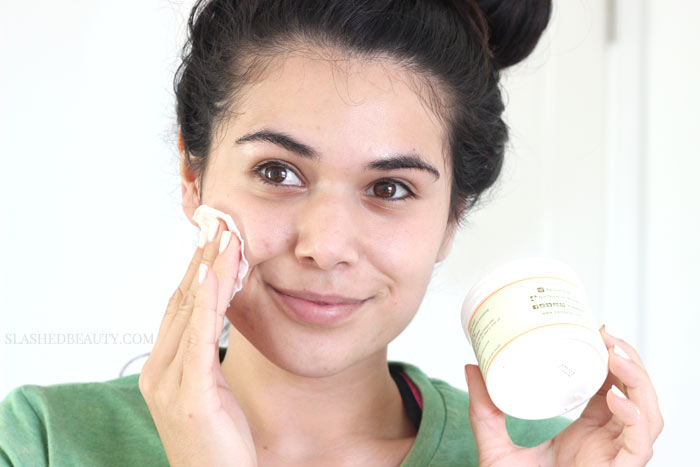 In the past couple years, Pixi has introduced new sizes so you can try it affordably or travel more conveniently. But I’ve personally preferred the Glow Tonic To-Go pads the most. Each jar comes with 60, which can last me 2 months. I feel that these work better than depositing the formula onto your own cotton pad and I get a more even application. These also seem to be less scented than the bottle formula, though I’ve noticed the scent decreasing with each bottle I try. Unless I’m just getting used to it… but it used to be something I wrinkled my nose at with EVERY use. I really think they’ve reeled it in a bit.

You can find Pixi Glow Tonic on their website, but it’s also available in-stores at Target.

Have you used Glow Tonic before?