That song has been stuck in my head since opening up the new Ulta Beauty Black Widow makeup collaboration. Even though the movie release has been postponed to later this year, Ulta decided to move forward with the launch of the Marvel’s Black Widow themed makeup collection that I instantly fell in love with when I saw photos online. With a predominant color scheme of powerful reds, blacks, and other sultry colors, it looked right up my alley. 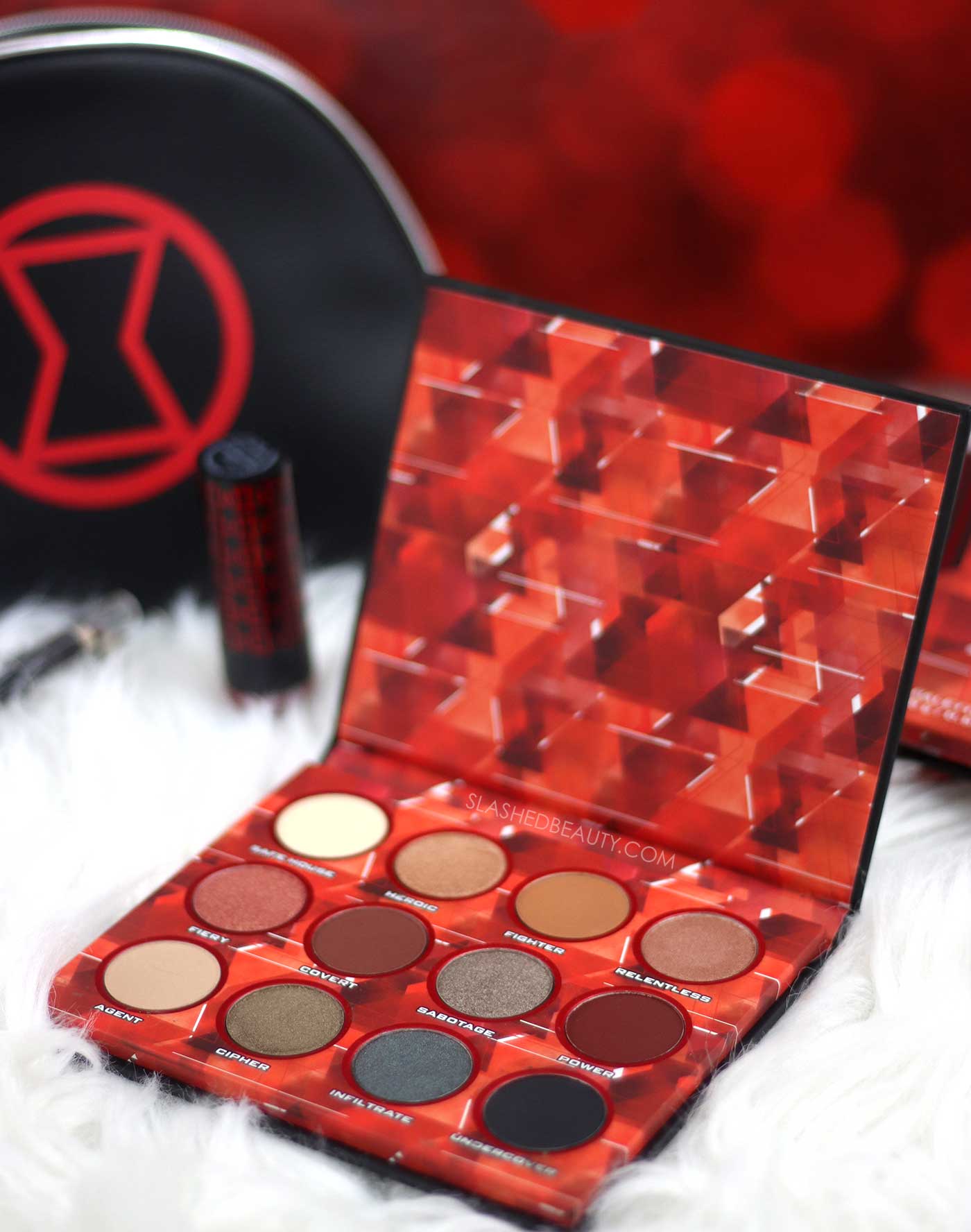 Today we’re taking a closer look at the eyeshadow palette, which is definitely the star of the collaboration. The Ulta Beauty Collection x Marvel’s Black Widow Eye Shadow Palette will run you $20, and includes twelve shades with a perfect balance of mattes and shimmers, as well as neutrals and bold shades. 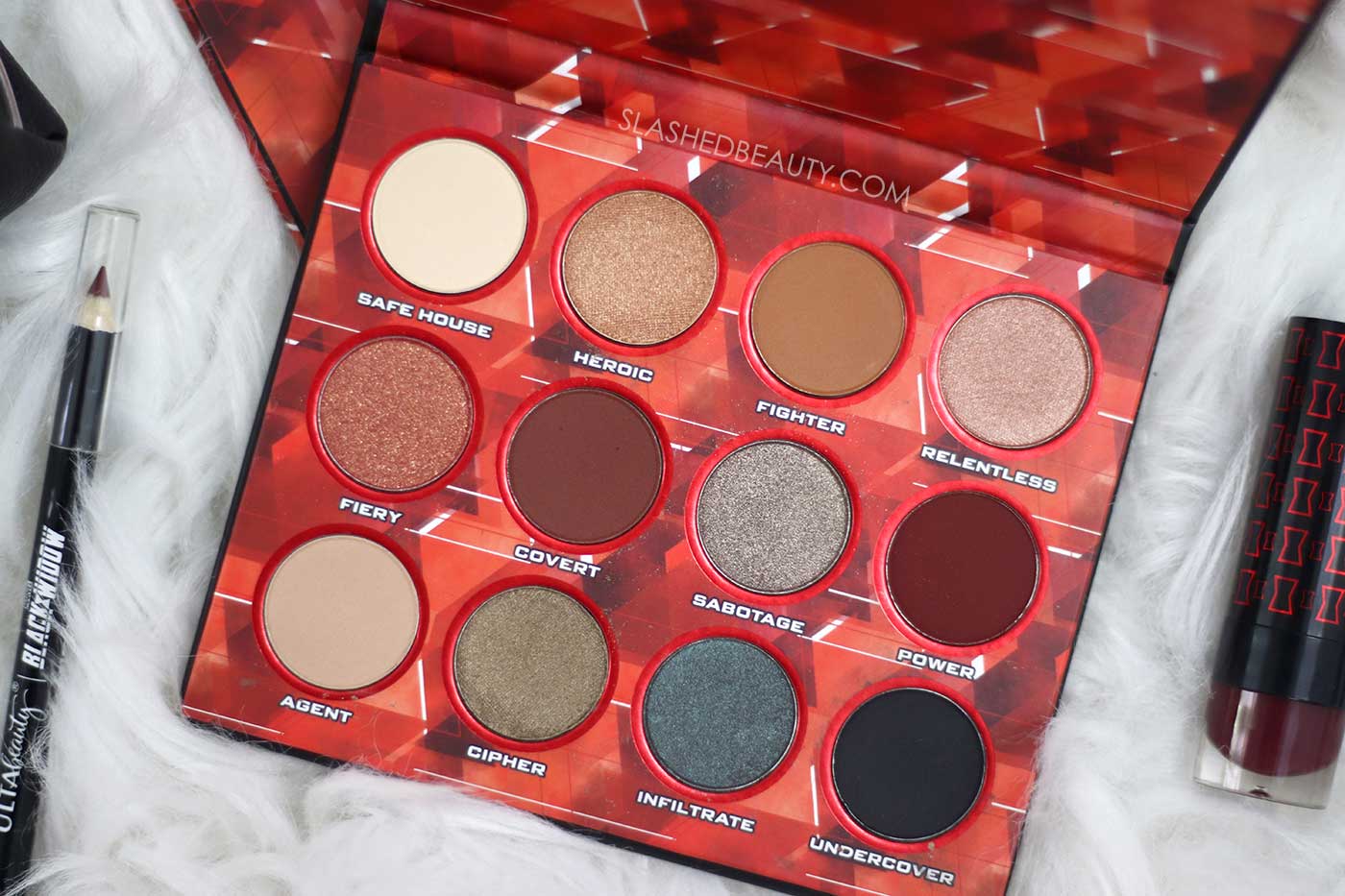 I’ve had a good experience with the Ulta Beauty Collection eyeshadow in the past— I even wore them on my wedding day! These shadows performed just as well as I remember, with incredibly buttery mattes and smooth satin shades. The mattes do tend to be a bit powdery if you dig your brush in, because of the soft formula, but as long as you tap off the excess, I haven’t found fallout to be too big an issue. 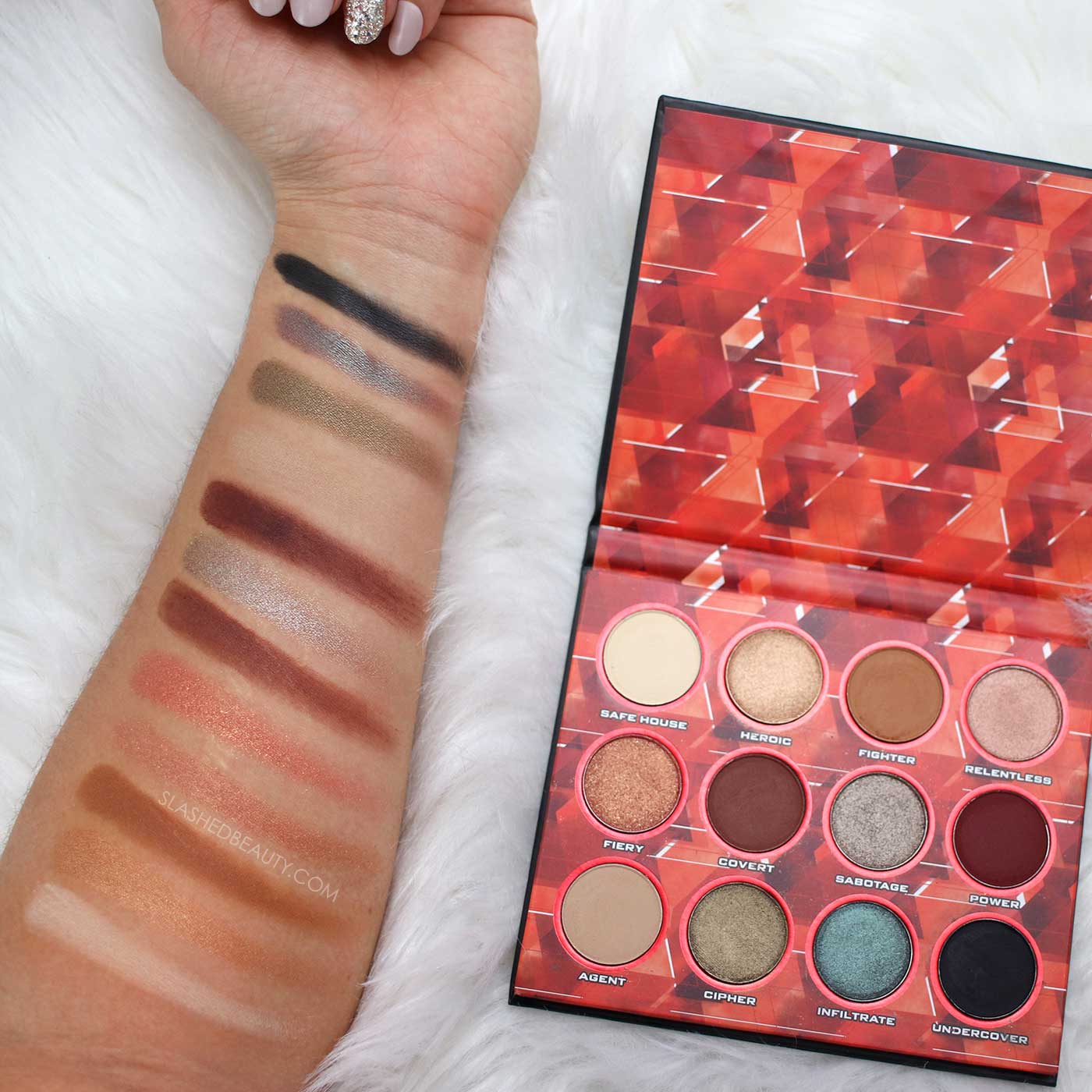 The pigmentation across the board is pretty good. All of the shades are buildable and very easily blendable. The only shade that was a bit sub-par was Power, which not only translated a little more brown on the skin than it looks in the pan (I expected it to be a burgundy shade) but also was the only shade that applied ever so slightly patchy. Definitely not un-workable, though, and I was still able to get it to blend nicely with the other shades in my overall look.

I want to point out the shade Infiltrate, which was a pleasant surprise to swatch. This duo chrome shifts between a teal blue and bronze, making it a very interesting pop. I’m also loving the inclusion of Cipher, a khaki satin green that is very smooth and opaque. 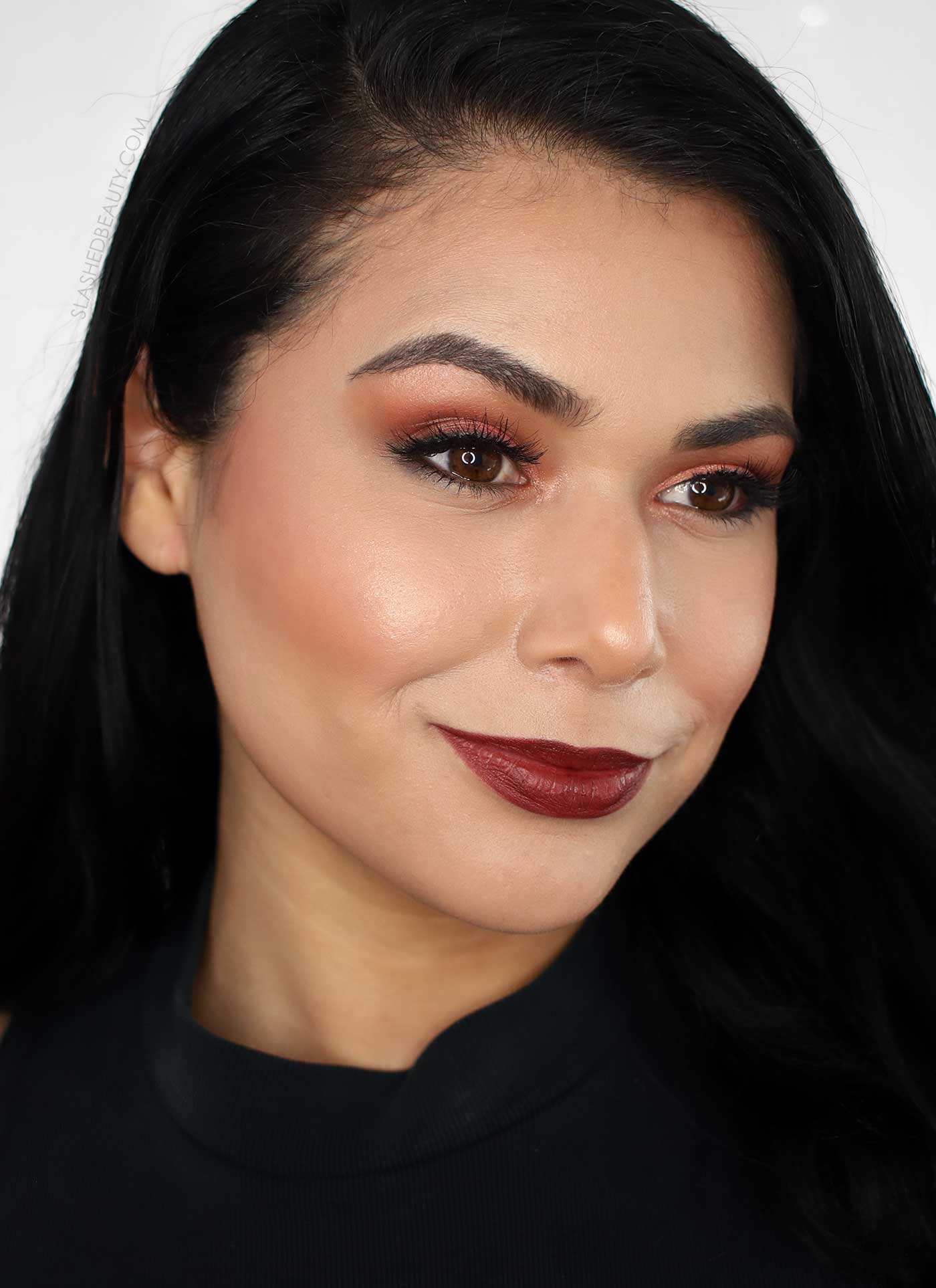 The Black Widow Eye Shadow Palette is incredibly wearable considering that we get so many neutrals, though I would say that it definitely leans a little more towards being a fall palette just in terms of what shades I like to wear throughout the seasons. On that note, they’re my favorite shades to wear for my skin tone so I will probably be rocking this sooner rather than later anyway. In general, this is a very solid palette that can add shades you’ll realistically use to your collection. It’s not too gimmicky— they actually prioritized the quality as well.

Now, I really do think considering the state of the world, Ulta maybe should have waited to release this palette. On one hand, maybe those who were excited for the movie can at least have this to play with until the new release date, but I don’t think this collection will get the hype it could have had if released in conjunction with the movie. Plus, with the shades being so autumnal, I think it would have been better suited for the latter half of the year. But regardless, you can find the Ulta Beauty Collection x Marvel’s Black Widow Eye Shadow Palette on their website now!

Do you enjoy movie-themed makeup collections?