Achieving strong, healthy nails has been a lifelong struggle of mine. From ages 3-16, I was an avid nail biter. Trying to cover up my tracks with acrylics for several years didn’t help, weakening what nails I had left. 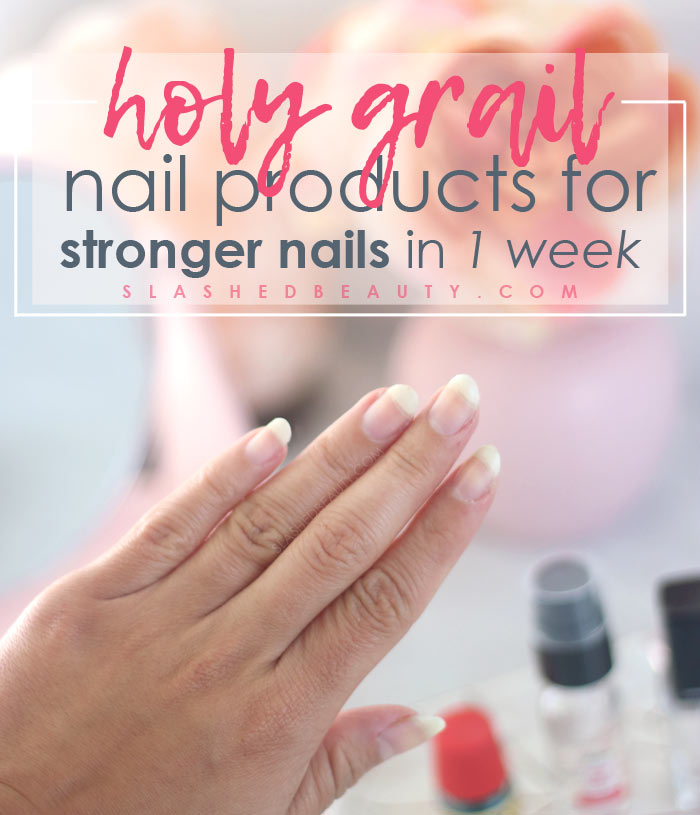 This winter, my nails took an especially hard hit. While they were growing quickly, they were also constantly breaking and peeling. I couldn’t keep them all the same length for more than a day before I was trying to do damage control again with the nail file. After a couple breaks happening so far down the nail bed that they caused pain, I knew I needed to do something about it. It was time to buckle down and figure out how to make my nails stronger. 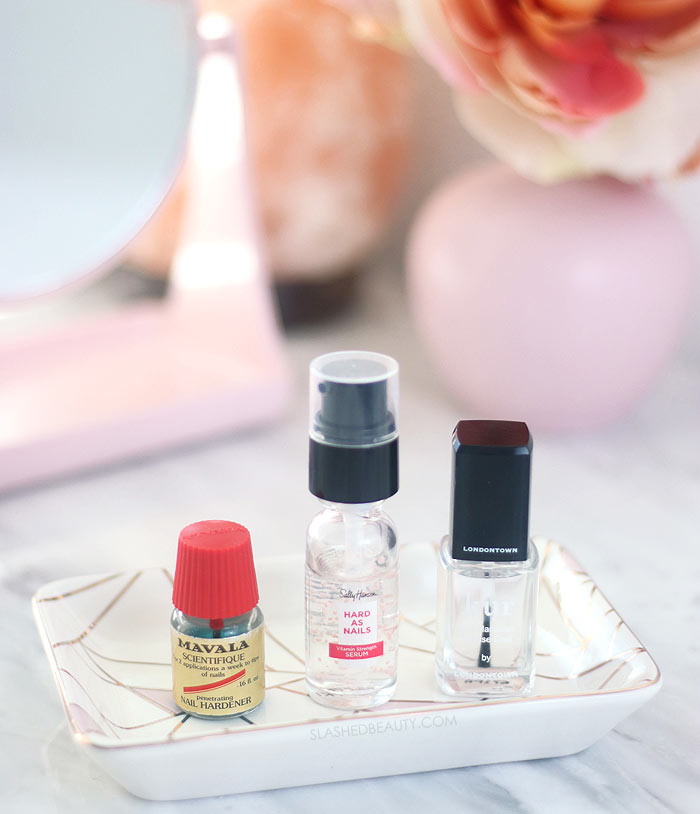 I religiously starting using a few go-tos that have helped me repair my nails in the past, in addition to a new product that has really helped boost results. I’ll admit: a few of these are on the pricier side, but they’ll last you a long time even with regular use, and have helped make my nails stronger and healthier within a week. 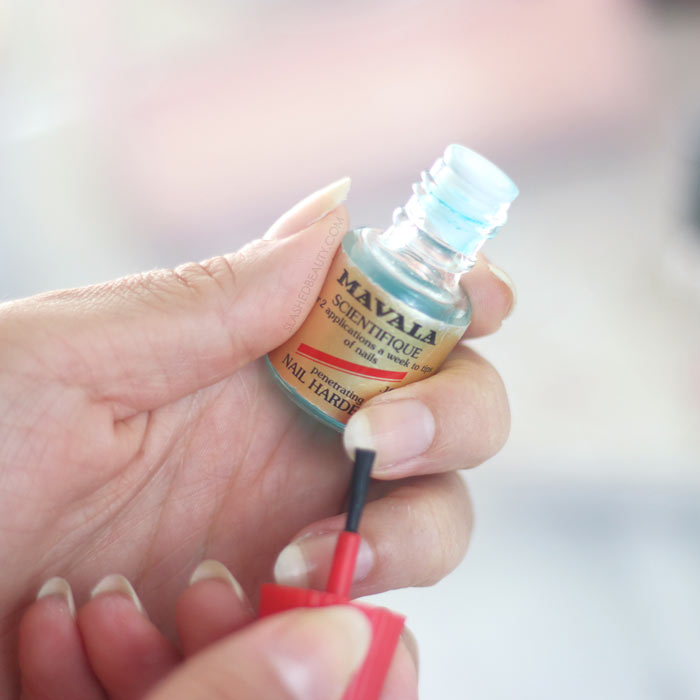 Hear me out before you scoff at the price— I’ve had the same bottle of this for over a year and a half, and have even spilled it all over my desk without running out yet. This nail hardener focuses on the tip of the nail, which is the most fragile area, prone to breaking. The liquid formula penetrates the nail quickly without leaving a film or texture (it’s not a polish), and hardens the nail plate by bonding the layers together. You apply it only to the tip of the nail, which I do on both the top and underside for extra protection.

I want to warn you just so you have all the info, though, that this product contains formaldehyde, and gives off a pretty strong odor. As inhaling formaldehyde can be dangerous, be sure to only use as directed, and in a well ventilated area. 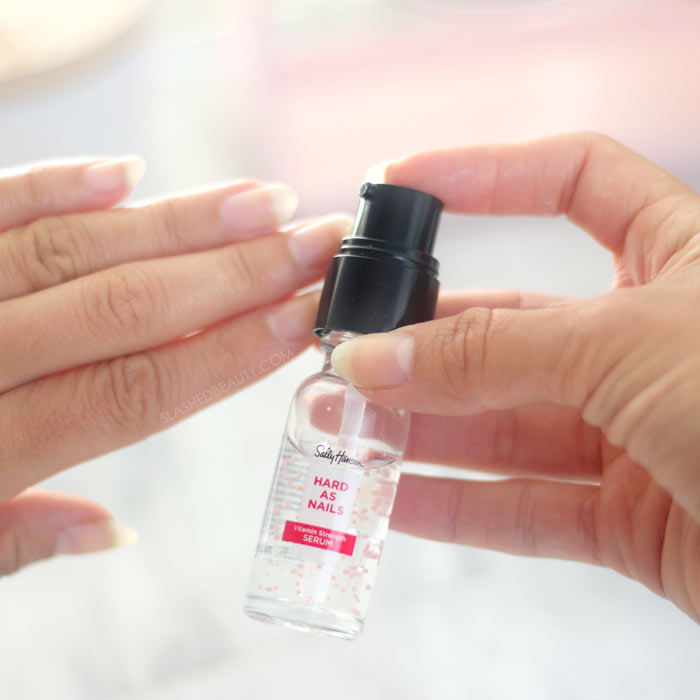 This is the newest addition to my nail strengthening routine and it has made a noticeable difference. The pink capsules in the serum release Vitamin A, C & E, and the formula is lightweight without being oily or sticky. It hydrates both the nails and the cuticle, so it’s a two-in-one product. With this, I feel my nails have actually become thicker and thus less easily bendable and breakable. They’ve also been growing much faster than when I was using the other two products in this routine alone. Being so inexpensive, this will definitely be a permanent fixture in my nail care regimen. 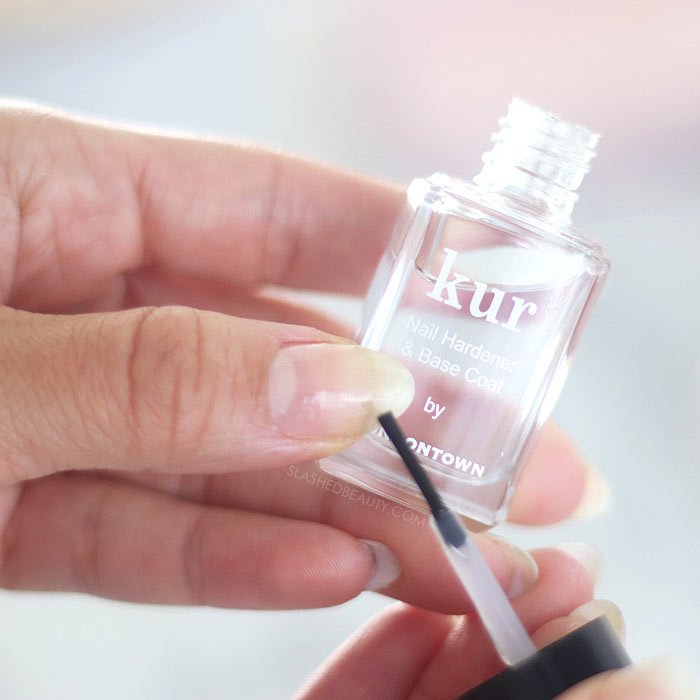 I’ve tried so many nail hardening base coats and treatment polishes, but most have failed to deliver as obvious results as this one has. The Kur Nail Hardener & Base Coat creates an effective barrier between your nails and polish, while also hydrating and preventing breakage. The formula is made with botanical extracts and vitamins, and it is the only hardening polish that actually makes my nails feel fortified. Whenever I wear this, whether under polish or alone, my nails stay intact and even appear to grow more quickly. It’s the only base coat I use now. Be sure to use the weekly dollar-off Ulta Beauty coupons on this product that they feature on their homepage and app to get it cheaper! Even when I am not wearing colored polish, I always have this on now. 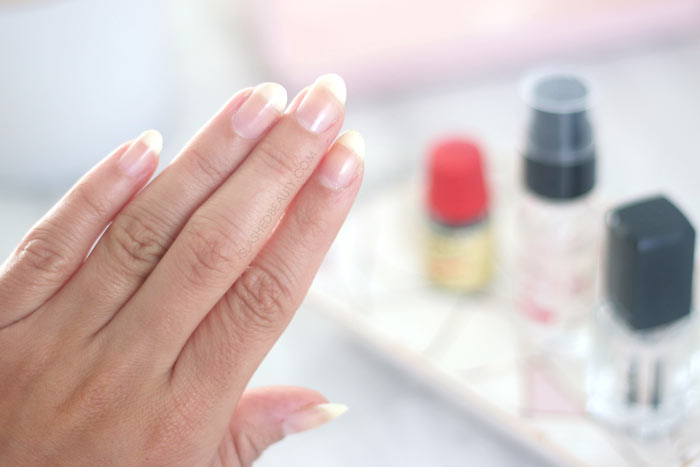 I went from experiencing months of daily breaking and peeling to now having not broken a nail for over 4 weeks! I’ve been growing my nails out in hopes of a natural stiletto manicure, and I’m definitely almost at my goal. Regardless, my nails feel stronger and look healthier. In the end, this routine is one of the few where I allow myself to splurge on what I consider high end items, but I can’t deny the results (and lack of results I’ve had with other products), and it’s cheaper and longer lasting than acrylics!