I’ve been going between maybe two go-to mascaras for the past several months. I’m really picky when it comes to mascaras, because I have stubby lashes that need a lot of help. So when I find one that makes them longer, fanned out and thicker all in one formula, I hang on to it for dear life until it’s dried up and crusty (just kidding, throw away your mascara after 3 months to be safe, people!). 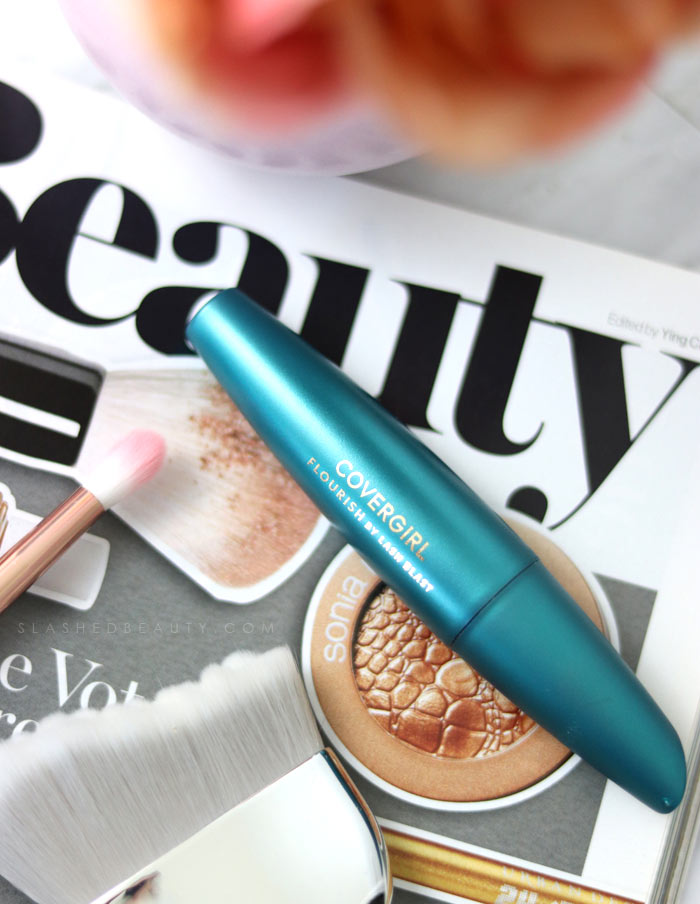 The new COVERGIRL Flourish by Lash Blast mascara found its way to me a few weeks ago, though, and I didn’t know what to think. The brand’s cult fave, Lash Blast Volume, was one of the tubes I had been wearing regularly, so I was thinking perhaps it would be similar. The simplistic packaging is pretty much the same, but in a fun teal to make it stand out. 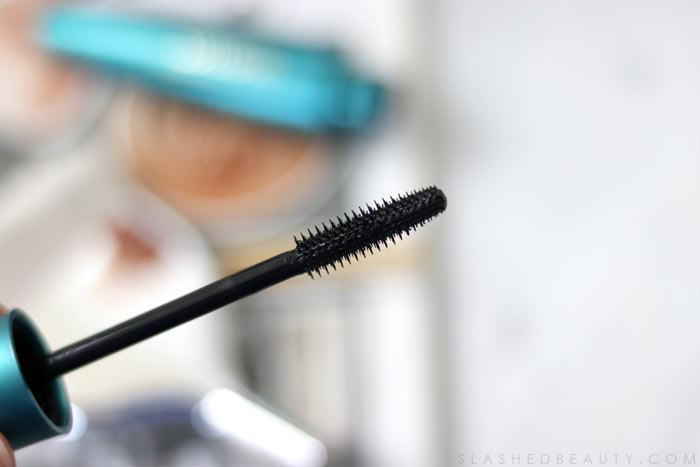 I did notice that the wand of the Flourish mascara was significantly thinner than Lash Blast. We have another comb wand, with the bristles getting shorter as it tapers to a point. What I love about this wand is that it’s small enough to really get into the corners of the eyes so you can grab every single lash. That’s something I have a problem with when using the larger Lash Blast mascara. While the tines of the comb are a little more sparse, they do stagger longer and shorter bristles to separate the lashes, which I feel it does well. 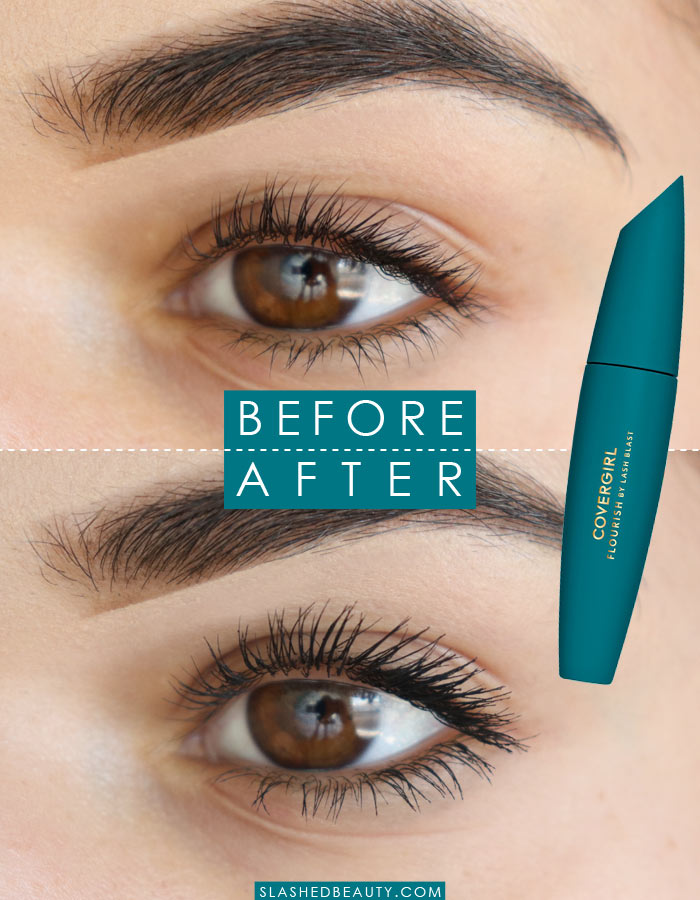 In this before and after, I thought it would only be fare to show you the “before” stage once my lashes are curled— because I do have decent lashes, they’re just incredibly straight. Still, you can see that the COVERGIRL Flourish mascara not only lengthens and thickens, but also fans out the lashes for a more flared shape. I was also able to separate those pesky baby lashes in the inner corner of my upper lash line. See how six extra lashes appear in the “after”?? 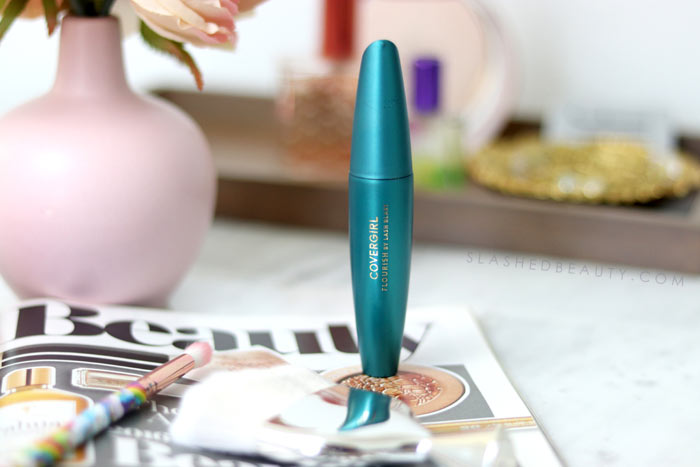 Even though I don’t have the waterproof version, I haven’t experienced any flaking or smudging when it comes to wearing this mascara out in the heat, and for long hours. I love that it adds a more natural glam to my look, so it’s been my new every day mascara since I first tried it. I’ve also been wearing it underneath falsies because the effect is similar to the artificial lashes I use (demi wispies type look).

Overall, for a cool $7, the COVERGIRL Flourish by Lash Blast definitely deserves a spot in your collection for every day (or night) looks.

Have you tried any new drugstore mascaras lately?