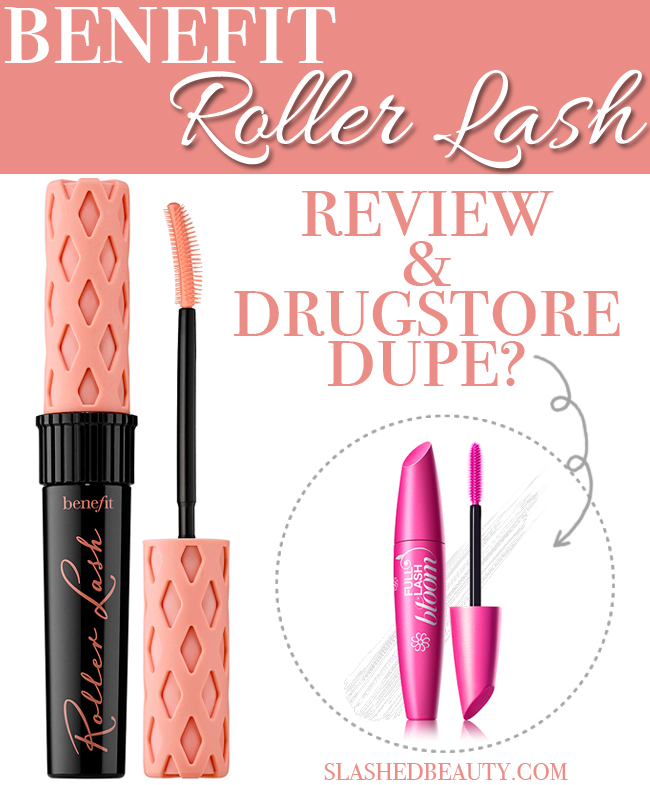 Benefit recently announced their newest mascara, Roller Lash, which will be hitting shelves later this month. This new mousse formula is geared toward those born with short and straight lashes, offering maximum length, volume and curl.

Meanwhile, I have already been using the new CoverGirl Full Lash Bloom mascara since the beginning of the year, and have received many a compliment on my lashes because of it. It gives me lift, length and volume, as well as fanned-out separation.

So— could the $8 CoverGirl mascara be a drugstore dupe for the most buzzed about new higher end product? Watch my video below for a full comparison along with a side-by-side demo!

While my first impression of Roller Lash wasn’t all that negative, I expect more ease of use coming from a $24 mascara. The wand felt like a dime a dozen, and was outperformed by the CoverGirl comb which had bristles that were laid out more effectively. 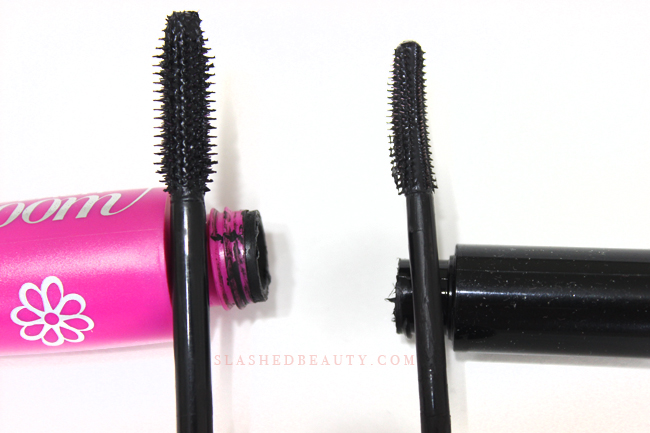 Both formulas are mousse-like and very easy to build up to get full, dramatic lashes. Throughout the day, I didn’t experience any flaking or smudging with either, and my lashes maintained a soft and flexible feel to them. Full Lash Bloom definitely felt lighter, but that could be because I didn’t need to go in with my brush to separate the lashes as many times as I did with Roller Lash. I also noticed that both formulas set rather quickly, and once they’ve dried down, you won’t want (or really need) to add any more layers, because both of them will eventually start clumping. They hold their shape all day, so you don’t have to worry about touch ups.

Another note, Roller Lash doesn’t claim to be waterproof but it held its own after I started tearing up the other day due to some allergies. My lashes stayed in place and there was no smearing to be seen. I don’t have the waterproof version of Full Lash Bloom so I’m not sure how well it would work in the same scenario. 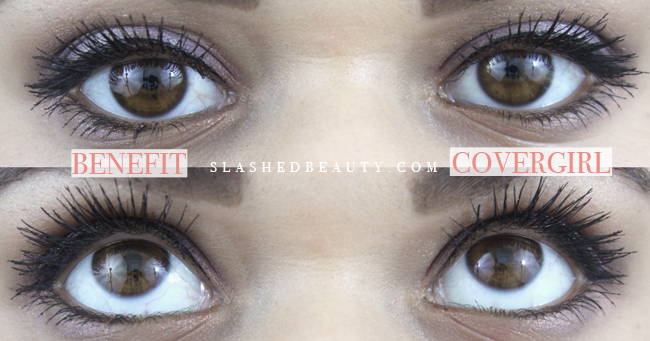 After using each one on either eye, I think it would be really hard to tell a difference if I didn’t point it out to you. After much fiddling, the Roller Lash side does end up looking a little more full than Full Lash Bloom.

But for a $16 difference, is the nitpicking actually worth it? Plus, I didn’t need to spend nearly as much time with Full Lash Bloom to get the effect I wanted as with Roller Lash. Because of it’s convenience, I definitely favor it for everyday wear.

Would you call these dupes?

6 Ways to Keep Your Makeup Germ-Free